PV Sindhu finished on top of her group after winning all her three matches. 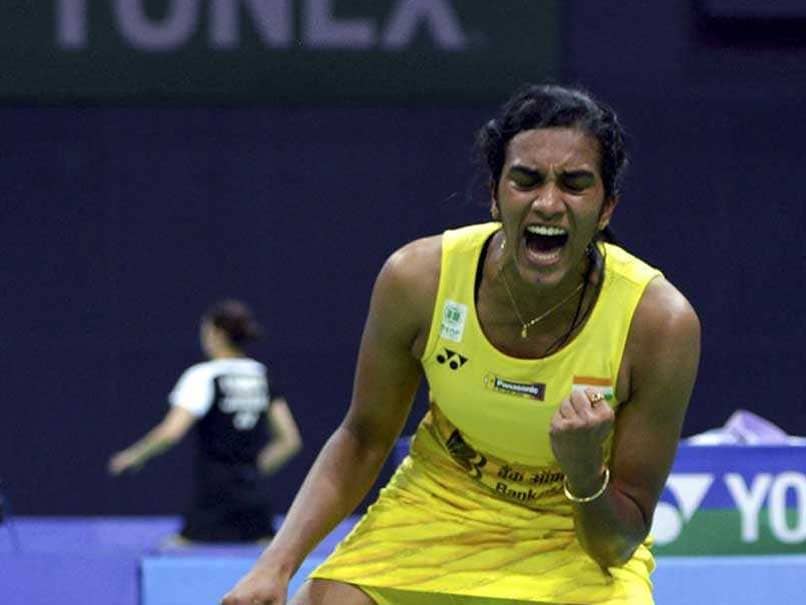 PV Sindhu registered her third straight win at the BWF World Tour Finals 2018 to advance through to the semi-finals of the tournament on Friday. World No.6 Sindhu eased past Beiwen Zhang of the US as she secured a comfortable 21-9, 21-15 win. Dominating the majority of the match, Sindhu completed the win in just 35 minutes. PV Sindhu moved brilliantly on the court and used the net to her advantage as World No. 12 Zhang struggled against the Indian shuttler. With three wins, Sindhu also finished at the top of her group.

In the men's singles, Sameer Verma also sailed into semis after defeating World No. 17 Kantaphon Wangcharoen 21-9, 21-18. Sameer finished Group B engagements with two wins and one loss.

Earlier, Sindhu got off to a slow start in the first game, giving an early 4-0 lead to Zhang but then quickly recovered to make it 6-6. Sindhu, took two more points to take a slender lead for the first time in the game before taking an 11-8 lead at mid-break of the first game.

Sindhu then continued with the momentum and took seven straight points to extend her lead to 18-8. Towards the end, three back-to back points helped Sindhu wrap up the first game 21-9 in just 15 minutes.

In the second game, Sindhu had a terrific start as she took an early 5-0 lead. Zhang, then showed grit and fought hard to reduce the gap to 8-9 but Sindhu eventually went into the break with a slender 11-9 lead.

From 14-12, Sindhu took six consecutive points to extend her lead to 20-12 and then closed the second game 21-15 in 20 minutes to register a comfortable win.

Sindhu will next face Thailand's Ratchanok Intanon in the semi-final on Saturday.

Comments
Topics mentioned in this article
PV Sindhu Sameer Verma Badminton
Get the latest updates on IPL 2021, IPL Points Table , IPL Schedule 2021 , live score . Like us on Facebook or follow us on Twitter for more sports updates. You can also download the NDTV Cricket app for Android or iOS.