PV Sindhu will next play Beiwen Zhang of the United States in her second match of the BWF World Tour Finals. 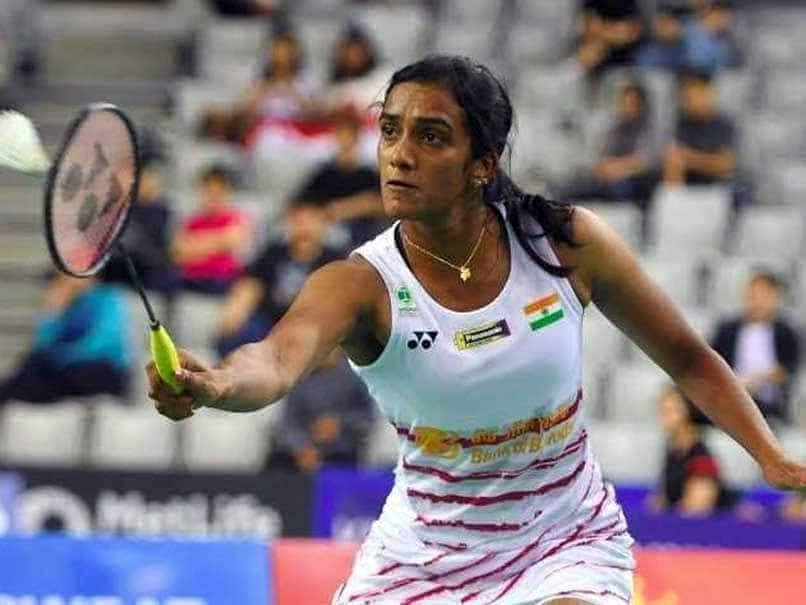 India's PV Sindhu beat Akane Yamaguchi of Japan to start her BWF World Tour Finals 2018 campaign on a winning note on Wednesday. In a match that lasted 52 minutes, PV Sindhu notched up a 24-22, 21-15 win against her Japanese counterpart in the women's singles event. However, in the men's singles event, Sameer Verma lost his opening match of the tournament 18-21, 6-21 to World No.1 Kento Momota in 35 minutes. After a hard-fought first game, Sameer Verma was outclassed by his Japanese opponent in the second. Momota took eight consecutive points to take a 11-2 lead at the mid-break of the second game and from thereon, Momota cruised to victory as Sameer failed to find his footing in the tie.

Earlier in the women's singles match, Sindhu maintained a slender lead in game one initially but Yamaguchi drew level at 3-3.

From there, it was Yamaguchi who controlled the momentum of the game and led her Indian opponent throughout the course of the match.

With an 11-6 lead at mid-break, Yamaguchi looked in fine touch and complete control. Sindhu tried hard to make a comeback but Yamaguchi was on the top of her game.

However, the Indian did not back down and eventually caught to draw level at 19-19. Following that it was a neck-and-neck battle, but Sindhu held her nerves and took the opening game 24-22.

Like in the first game, the World No. 6 was leading Yamaguchi early in the second game, but the Japanese upped her ante and opened up a three-point gap against her Indian counterpart, before leading 11-10 at mid-break of the second game.

After the break, a rejuvenated Sindhu took eight consecutive points to burst into a seven-point lead and edge closer to victory. Yamaguchi showed resistance and tried to claw her way back into the game. Eventually, the Indian shuttler ran away with the second game, winning it 21-15.

The BWF World Tour Finals that works in a round-robin format will be played till December 16.

Coupled with Tai Tzu Ying, Beiwen Zhang and Yamaguchi in women's singles group A, Sindhu will next play Beiwen Zhang of the United States.

Comments
Topics mentioned in this article
PV Sindhu Sameer Verma Badminton
Get the latest updates on IPL 2021, IPL Points Table , IPL Schedule 2021 , live score . Like us on Facebook or follow us on Twitter for more sports updates. You can also download the NDTV Cricket app for Android or iOS.