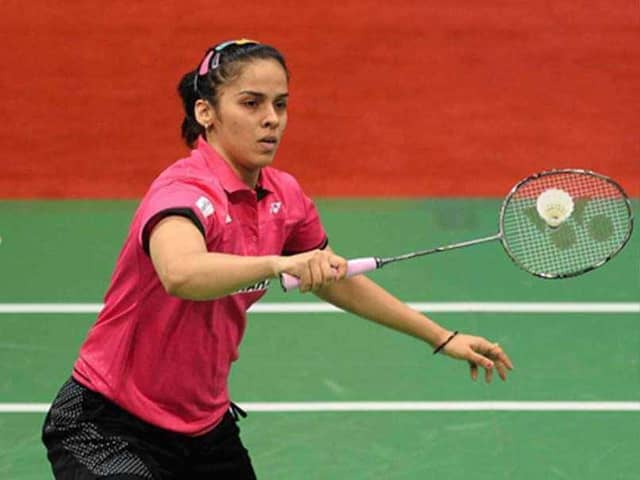 Star Indian shuttler Saina Nehwal on Thursday stormed into the quarterfinals of the Denmark Open by defeating second seed Akane Yamaguchi of Japan 21-15, 21-17 in the second round of the tournament. In a match that lasted 36 minutes, world no 10 Saina looked positive and played aggressively from the word go against her Japanese counterpart. Saina's swift court movements and powerful smashes helped her beat Yamaguchi for the second time in their eighth meeting. Saina will now take on former world champion Nozomi Okuahara in the quarters.

World no. 3 PV Sindhu, on the other hand, crashed out of the tournament, after suffering a first round exit against unseeded Beiwen Zhang of the United States. Sindhu lost 17-21, 21-16, 18-21 in a match that lasted 56 minutes.

In men's singles, India's Sameer Verma beat Jonatan Christie of Indonesia 23-21, 6-21, 22-20 to enter the quarterfinals. In women's doubles, the pair of Ashwini Ponnappa and N Sikki Reddy beat Lee So Hee and Shin Seung Chan 18-21, 22-20, 21-18 to enter the quarters. The Indians won the match in one hour and one minute.

Srikanth was bought by Bengaluru Blasters while Saina Nehwal will be seen playing for the North Eastern Warriors. PV Sindhu will represent the defending champions Hyderabad Hunters.

Comments
Topics mentioned in this article
Badminton Saina Nehwal PV Sindhu Kidambi Srikanth
Get the latest Cricket news, check out the India cricket schedule, Cricket live score . Like us on Facebook or follow us on Twitter for more sports updates. You can also download the NDTV Cricket app for Android or iOS.