PV Sindhu and Carolina Marin face off in the Premier Badminton League season 4 opener on December 22. 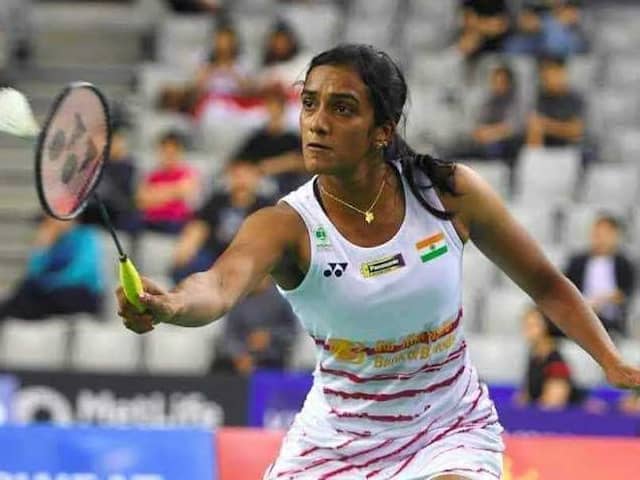 The match will be held at the National Sports Club of India in Mumbai.© File Photo/AFP

The rivalry between reigning Olympic and world champion Carolina Marin and Rio silver medallist PV Sindhu will be renewed when they face off in the Premier Badminton League (PBL) Season 4 opener at the National Sports Club of India in Mumbai on December 22. Marin could be the ace that actress-turned-owner Tapsee Pannu will be relying on to give the kind of kick-start that debutants Pune 7 Aces would need when they start their PBL campaign against the Sindhu-led Hyderabad Hunters.

For the left-hander Marin, it comes as a challenge which she will cherish as the Spaniard would be playing against the team that she has been a part of until last season.

That itself makes the opening contest an exciting affair as she is expected to take on none other than Sindhu, who will be returning home after being with the Chennai Smashers in the previous season.

"I will be representing my own city and that makes this opening clash even more special. You can expect full-throated support from the Hunters which will prove to be our strength as we face Pune. I will look forward to play against Carolina and it will surely be a match to remember," said Sindhu, talking on her singles contest against the Spaniard.

The 2016 Olympic champion, who had helped Hyderabad hunt down the title last year, will have no qualms while competing against the team that she had represented. This is what makes the lung-opener in Mumbai very interesting.

"I am now part of a new team and yet another Indian city; you can expect me to give my 100 percent to Pune 7 Aces. As for the match against Sindhu, both of us will want to win our tie. My job is to play to the best of my ability and I will certainly do it," said the Spaniard.

Indeed, the two have had a great rivalry, especially since the Rio Games final which spilled over to the Worlds.

Sindhu, who lost on both occasions will have the home advantage and would be looking to avenge her back-to-back losses in Mumbai, to give a positive start to the Hyderabad Hunters.

The added advantage is the South Korean mixed doubles specialist Eom Hye Won, a marquee player who can change the fortunes for the Hunters.

As a counter, 7 Aces have Danish doubles former No.1, Mathias Boe and promising Lakshya Sen in their ranks.

"We have a new team in Pune 7 Aces and this season we will be playing in two new cities -- Ahmedabad and Pune -- keeping in mind BAI and PBL's efforts to promote and take the game far and wide," Badminton Association of India (BAI) president Himanta Biswa Sarma said.

This contest would be as keen for both the top-ranked Indians as well as their followers as it will be a keenly-watched uproarious contest with the locals equally divided in their support!

India's top-ranked Kidambi Srikanth-led Bengaluru Raptors will see the home leg starting from January 7 with the semi-finals and the final being played in Bengaluru.

H.S. Prannoy turning up for Delhi Dashers will play their first match against Mumbai while Chennai Smashers will kick off their campaign against Ahmedabad Smash Masters.

Comments
Topics mentioned in this article
PV Sindhu Carolina Marin Badminton
Get the latest Cricket news, check out the India cricket schedule, Cricket live score . Like us on Facebook or follow us on Twitter for more sports updates. You can also download the NDTV Cricket app for Android or iOS.