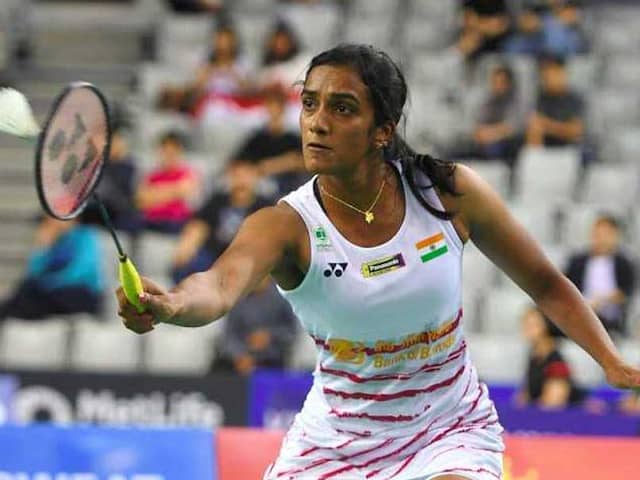 PV Sindhu's China Open 2018 campaign ended prematurely after the Indian badminton star lost 17-21, 21-17, 15-21 to China's He Bingjiao in the women's singles quarterfinals. With Saina Nehwal withdrawing the tournament, Sindhu was the only Indian left in the women's draw and after coasting through her first two matches, much of the same was expected in the last-eight match against her lower-ranked opponent. However, the eighth-seeded Chinese had other ideas and put in a superlative performance to beat Sindhu 21-17, 17-21, 21-15 in a match lasting an hour and nine minutes.

In the men's singles quarterfinals, Kidambi Srikanth was also knocked out of the tournament after losing 14-21, 14-21 to Chou Tien Chen of Chinese Taipei in just 35 minutes.

Kidambi, who had entered the quarterfinals on the back of a three-game victory over Indonesia's Tommy Sugiarto, is yet to win his first title of the year.

He Bingjiao will now face Japan's Nozomi Okuhara in the semi-finals. The seventh-seeded Japanese star had little problems in her last eight match against compatriot Sayaka Takahashi, who she beat 21-4, 21-10.

Sindhu, however, was far from her best.

The game hung in the balance with both players tied at 14-all but the Chinese got some breathing space by winning three consecutive points. Sindhu won back-to-back points herself to make it 17-18 but the Chinese won three points in a row to wrap up the game.

In the second game, Sindhu led pretty much from start to finish, managing to keep a healthy gap to He Bingjiao to send the match into a decider.

Sindhu, however, could not carry her momentum into the decider and was completely outplayed. He Bingiao led from the start and despite the Indian clawing her way back to make it 15-16, the Chinese won five consecutive points to make sure there was no comeback from Sindhu.