Virat Kohli scored his 39th ODI century during the second ODI vs Australia in Adelaide. 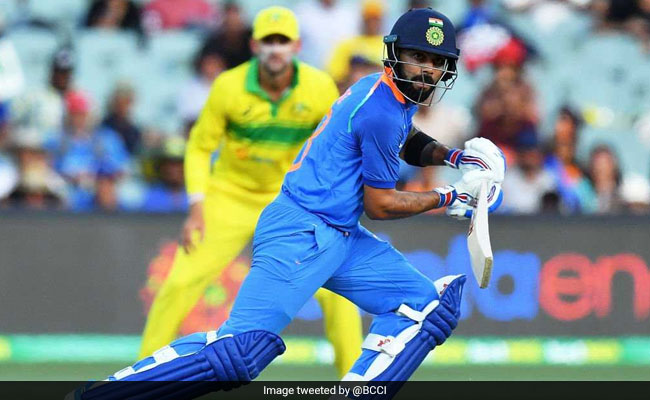 Virat Kohli is the talking point in most cricketing circles.And there's no denying that he's getting better with each passing day. And former Indian skipper Mohammad Azharuddin has somewhat increased his expectations from Virat Kohli, who scored his 39th ODI century during the 2nd ODI in Adelaide, which India won by six wickets. Speaking to Aaj Tak, Mohammad Azharuddin said, "Virat Kohli's consistency level has been achieved by very few people. And I believe if he's fit, and if there's no injury, he can reach 100 hundreds. His consistency level is better than most players around the world."

And not just Kohli, MS Dhoni also seemed to be in the pink of form, where he smashed the winning run in typical Dhoni fashion to take India home. Kohli, after the match, praised MS Dhoni's effort, and said, "There is no doubt that he should be a part of this team. Tonight was MS classic. He calculates the game so well. He takes the game till the end, when only he knows what's going on in his mind, and he backs himself to hit those big shots at the end."

By winning the 2nd ODI in Adelaide, India levelled the series 1-1, with the third and final ODI in Melbourne ready to decide the series. India had lost the first ODI by 34 runs, where Rohit Sharma had scored a century in a losing cause.

Virat Kohli Mohammad Azharuddin Australia vs India 2018/19 Cricket
Get the latest updates on ICC Women's Cricket World Cup 2022 and IPL 2022, check out the Schedule , Live Score and IPL Points Table. Like us on Facebook or follow us on Twitter for more sports updates. You can also download the NDTV Cricket app for Android or iOS.