India would be taking on Australia in a much-awaited series beginning from November 21. 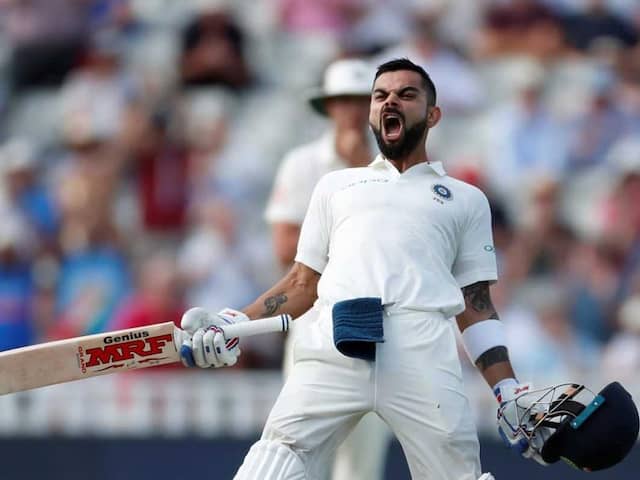 In eight matches played in Australia, Virat Kohli has amassed 992 runs at an average of 62.© Reuters

The India vs Australia series Down Under is one clash that all cricket fans are looking forward to. Bans on Steve Smith and David Warner for their roles in the infamous ball-tampering scandal in South Africa earlier this year might have taken some sheen off the series but going by past clashes between these two teams that will matter little in terms of keeping fans interested. Virat Kohli's performance in Australia is something that not only fans but former players are also keeping tabs on and with the sort of form the Indian skipper has been in recent times, the alarm bells must already be ringing in the Australian camp. Former England captain Michael Vaughan has been a big supporter of Kohli in the past once again spoke highly of the Indian captain.

To a question asked on Twitter, if Virat Kohli will reign supreme in Australia, Vaughan's answer was an emphatic: "Yes".

The 30-year-old Delhi batsman, with a staggering average of 133.55 in the 50-over format in the current calendar year, is also the highest run scorer in 2018.

Kohli's average in the ODIs in 2018 has been way more than any other batsman, with his deputy Rohit Sharma (73.57) second on the list.

The Indian skipper has played 10 Tests this year, scoring a total of 1,063 runs at an average of 59.05. He has four centuries to his name with two of them coming in England and one in South Africa.

Kohli also boasts of a brilliant Test record in Australia. In eight Tests played Down Under, he has amassed 992 runs at an average of 62 with a high score of 169 and five centuries to his name.

The last time Kohli visited Australia, he took the Aussie bowlers apart. In the 2014/15 Test series, Kohli scored 692 runs in the four-match series, scoring four centuries in the process at a staggering average of 86.50.

Virat Kohli Michael Vaughan Australia vs India 2018/19 Cricket
Get the latest Cricket news, check out the India cricket schedule, Cricket live score . Like us on Facebook or follow us on Twitter for more sports updates. You can also download the NDTV Cricket app for Android or iOS.