Virat Kohli might not be the top run-getter in ODIs in 2018 but his numbers tower over all of his rivals. 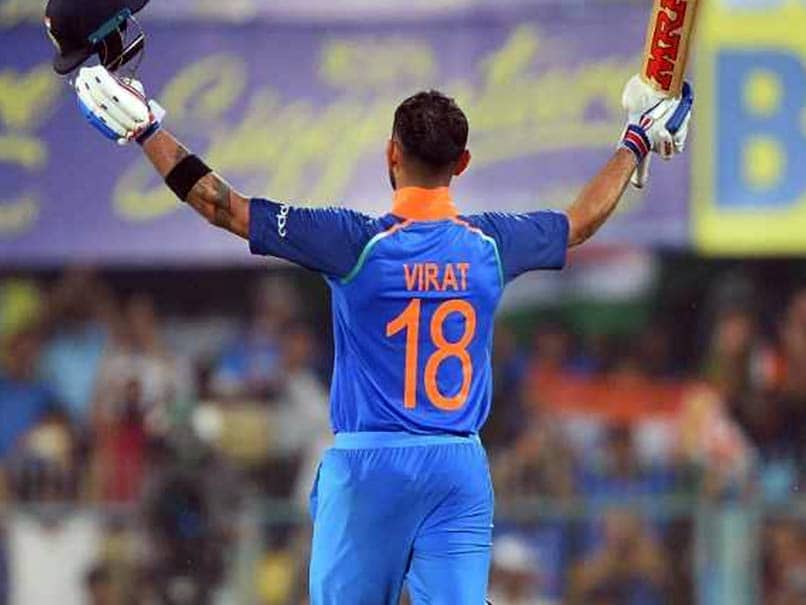 Virat Kohli put on a batting exhibition on Sunday as India decimated the Windies by eight wickets in the first ODI at the Barsapara Cricket Stadium in Guwahati to take a 1-0 lead in the five-match series. Kohli and Rohit Sharma notched up big centuries as India made mince meat of the 323-run target set by the Windies. Thanks to the 246-run partnership for the second wicket, India crossed the finishing line in just 42.1 overs. Captain Kohli smashed his 36th ODI century, taking him closer to the 10,000-run mark in ODIs. Kohli's knock went on to further prove why he is regarded as the number one batsman in the world but his stats in 2018 make for an astounding reading.

A quick look at Kohli's astonishing numbers in ODIs played in 2018 will leave most fans speechless.

With 889 ODI runs, Kohli might not be the top run-getter this year but he has taken just 10 matches reach there. The Indian captain currently sits in fourth place in the ODI scoring charts in 2018.

England trio of Jonny Bairstow, Joe Root and Jason Roy have all scored more ODI runs than Kohli this year but the difference in averages are eye-popping. While Kohli has scored 889 runs in 10 ODIs at an average of 127, Bairstow, who tops the list, has taken 22 matches to score 1,025 runs and averages 46.59.

That means Kohli's average is more than double of Root and nearly triple than that of Bairstow and Roy.

Kohli has four centuries and three fifties to his name this year and with four more ODIs against the Windies left, you would not put it beyond the Indian skipper to leapfrog the three Englishman and take the top spot.