Mayank Agarwal Player Profile: All You Need To Know About The Attacking Batsman Who Idolises Virender Sehwag 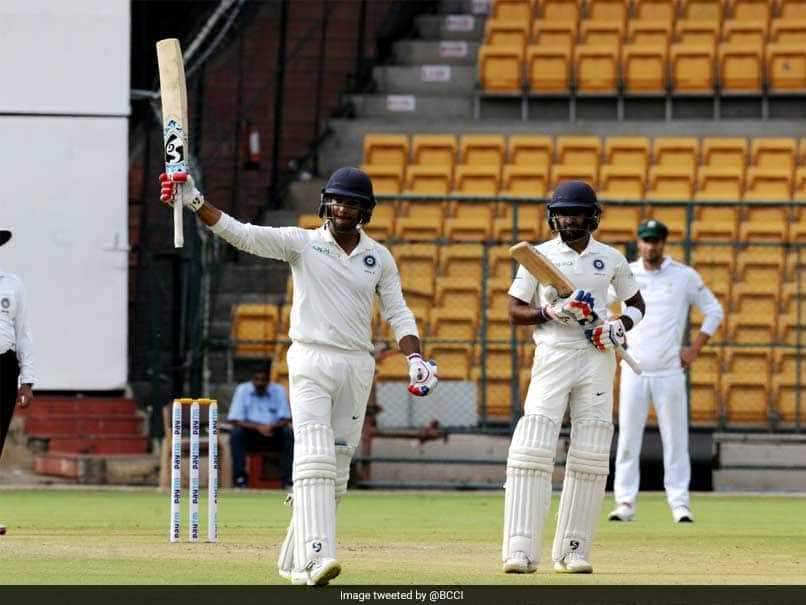 Both India and Australia have named their playing XI for the Boxing Day Test match. While India have axed both openers Murali Vijay and KL Rahul, Australia have roped in Mitchell Marsh by dropping Peter Handscomb. One notable inclusion in the India playing XI is that of Mayank Agarwal, for whom cricket freaks havebeen waiting with bated breath. So, who is Mayank Agarwal? Here are some pointers about the attacking batsman from Karnataka who has stolen the spotlight ahead of the third Test in Melbourne.

1. 27-year-old Mayank Agarwal has an exceptional first-class record. He scored his maiden triple century in November 2017. He has played 46 first-class and 75 List A matches for Karnataka, averaging close to 50 in both. He has played 111 T20 matches.

2. Earlier this year, he was picked in the Indian squad against the West Indies. But he didn't get a chance to play. He has again been roped in after India's batting prodigy Prithvi Shaw was ruled out of the ongoing Australia tour due to injury.

3. He made his first-class debut in November 2013 for Karnataka against Mysore. He made his List A debut versus Tamil Nadu, back in February 2012.

4. In the Indian Premier League, Agarwal has represented the Delhi Daredevils, Rising Pune Supergiant and Royal Challengers Bangalore. He currently is with the Kings XI Punjab.

5. Mayank is deeply inspired by Virender Sehwag and he has modeled his batting on the former India batsman.

Melbourne Cricket Ground Australia vs India 2018/19 Cricket
Get the latest updates on India vs South Africa and check out  Schedule, Results and Live Score. Like us on Facebook or follow us on Twitter for more sports updates. You can also download the NDTV Cricket app for Android or iOS.