The four-match Test series between India and Australia will start on December 6 in Adelaide. 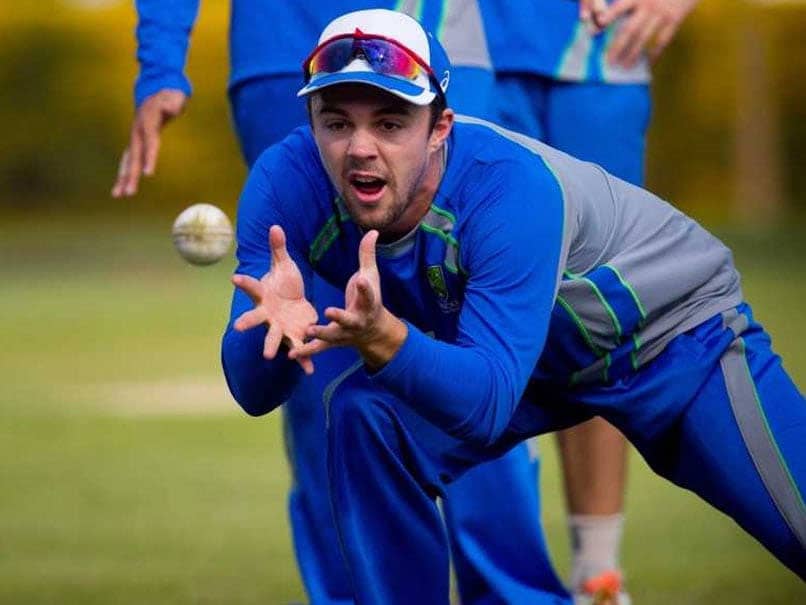 Travis Head said that he likes to play his cricket with a smile.© AFP

Travis Head, who has played just two Tests for Australia so far, has revealed the plan of pace battery of Mitchell Starc, Josh Hazlewood and Pat Cummins ahead of the first match of the four-Test series against India, starting December 6 in Adelaide. According to Travis Head, the Australian pace trio will act aggressive with their actions without getting into a verbal exchange with the No.1-ranked Test team. The 24-year-old southpaw batsman said the hosts will show their aggression and passion in the field through their body language instead of getting into a conflict.

"Words are sometimes cheap, it's how they bowl, and their actions. If that mongrel means 'Starcy' bowling 150 [km/h] and 'Cummo' hitting a really hard length and same as 'Hoff' [Hazlewood], it's bowling aggressive, being aggressive, the way we play, the way we bat," Head said as quoted by The Sydney Morning Herald.

"You do that in your actions, the way you buzz around the field, the way you cut down runs, create pressure," he added.

Well before the start of the bilateral series, India captain Virat Kohli had promised at a press conference that his team will not get into a verbal duel but will reciprocate if the opposition initiates.

Head said that he likes to play his cricket with a smile but that does not deter him from having a competitive edge.

"You don't have to say anything to have mongrel, I don't think. Some players will, some players won't.

"I try and attack the ball every time ... to put pressure on the batters. That's what cricket is about, about enjoying it, playing with a smile, but it's also about when you're in the contest, not letting them get on top and win the contest," he said.

The aggressive batsman is still a relative newbie in the longest format and yet to explore his true potential.

Making his Test debut against Pakistan in Dubai, he lost his wicket for zero in the first innings. However, he overcame a poor start with an impressive knock of 72 runs in the subsequent innings.

Mitchell Starc Travis Head Australia vs India 2018/19 Cricket
Get the latest updates on India vs Australia Series, check out the India vs Australia Schedule for 2020-21 and Ind vs Aus live score . Like us on Facebook or follow us on Twitter for more sports updates. You can also download the NDTV Cricket app for Android or iOS.