Shikhar Dhawan was part of the T20I team that managed to secure a 1-1 draw in Australia. 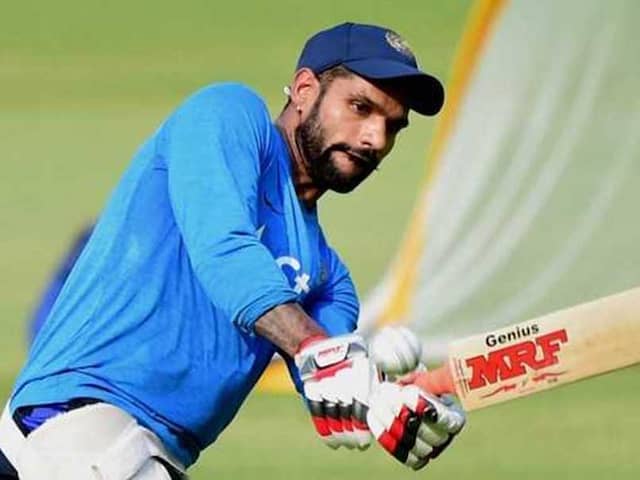 After being dropped from the Test squad for the 2018-19 Border-Gavaskar Trophy that India won 2-1, Shikhar Dhawan has set his sight on the three-match One-day International series, starting in Sydney on Saturday. The Indian opener shared a video from the practice session along with some inspirational words ahead of the tough ODI series. "Every time I step on the field, I strive to do better than the last one. Cricket is a game of skills and I will always work hard on improving myself. Bring it on!" Dhawan captioned the video on Twitter.

Every time I step on the field, I strive to do better than the last one. Cricket is a game of skills and I will always work hard on improving myself. Bring it on!#ThursdayThoughts pic.twitter.com/iT4Pw9wlR0

Dhawan was part of the T20 International team that managed to secure a 1-1 draw in the three-match series Down Under. However, the 33-year-old opener failed to make a cut in the Test squad for the subsequent four-match series.

In the absence of Dhawan, Murali Vijay, KL Rahul, Hanuma Vihari and Mayank Agarwal opened the innings for India in the Test series.

India won two Tests, in Adelaide and Melbourne, lost one in Perth, while the fourth Test in Sydney ended in a draw. This was India's first Test series win in Australia, in 71 years and 11 attempts.

Following the historic win, India will look to continue the momentum in the ODI series. Dhawan, who has 4,935 runs in 115 ODIs, will play a crucial role at the top-order along with vice-captain Rohit Sharma and skipper Virat Kohli.

Rohit on Thursday said the upcoming ODI series will define India's way to the ICC World Cup. He said there could be one or two changes in the squad ahead of the mega-event, which will take on Australia and New Zealand in upcoming ODI series, depending on poor form and injury in the coming months.

"The squad that plays these 13 ODIs is more or less the same squad that will go to the World Cup. There will be one or two changes, keeping in mind the form and injury concerns over the next few months," Rohit said as quoted by PTI.

"We played a lot of cricket throughout the year, so injuries are bound to happen. And there will be some concerns about form and fitness," he added.

Rohit Sharma Australia vs India 2018/19 Cricket
Get the latest Cricket news, check out the India cricket schedule, Cricket live score . Like us on Facebook or follow us on Twitter for more sports updates. You can also download the NDTV Cricket app for Android or iOS.