Ricky Ponting believes that, with suitable pitches, Australia will once again ensure that India don't win a series Down Under. 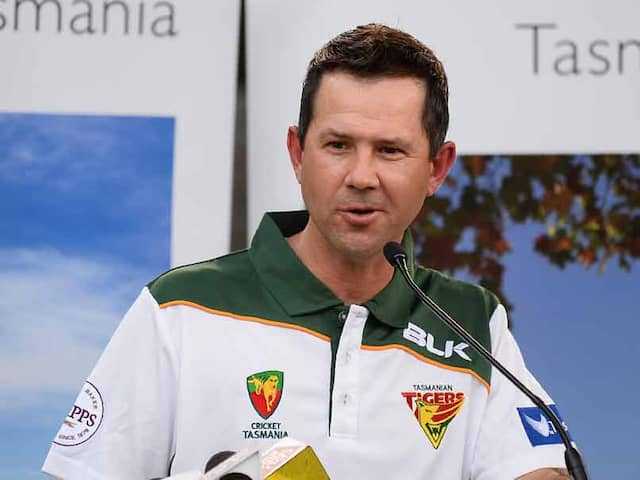 Ricky Ponting has predicted that Australia will win the Test series 2-1 against India.© AFP

Former Australia captain Ricky Ponting is pretty accurate in his Test series predictions, having forecast a 4-0 scoreline for the Ashes series. He is wearing the Nostradamus hat again for India's four-Test series Down Under and it is not good news for the visitors. The Tasmanian has forecast as 2-1 series win for Australia, while everyone in India is hoping for a series victory in Australia, something which has eluded them.

"I'd love to see the pitches have a little bit in them because I think our batters will bat better against their (bowlers) with something in them than their (batters) will against ours," cricket.com.au quoted Ponting as saying.

"We're talking 40 years of history with India coming to Australia and not being able to win because of the fast, bouncy nature of our pitches so I'd love to see them that way.

"If it's a wicket in Perth like I saw for the one-dayer against South Africa then I can't see India making too many at all - that was a one-dayer and that (pitch) went all over the shop, with good pace and good bounce.

"With Adelaide being like it's been the last couple of years, having a little bit more grass in the surface (will suit Australia).

"I'd like to see a little bit of grass left on them for the first two and then I think Australian can put the series to bed after two Tests."

"He's on top of his game, his record in Australia is outstanding," Ponting said of Khawaja. "As much of a threat that the Indian fast bowlers might pose, I think he's got a game that can cope with it here in Australia. I'm going with him to be the leading run scorer and man of the series.

"Right now he's in a really good place, the selectors backed him through that UAE tour, gave him a chance and he came out (better) on the other side of that. With the skill that he's got and maybe a bit more belief in his own game than ever before, I think he's got the perfect package to have a great summer."

Adelaide Oval, Adelaide Australia vs India 2018/19 Cricket Australia vs India, 1st Test
Get the latest Cricket news, check out the India cricket schedule, Cricket live score . Like us on Facebook or follow us on Twitter for more sports updates. You can also download the NDTV Cricket app for Android or iOS.