Ricky Ponting further said Australia should not tinker with their playing XI in the second Test. 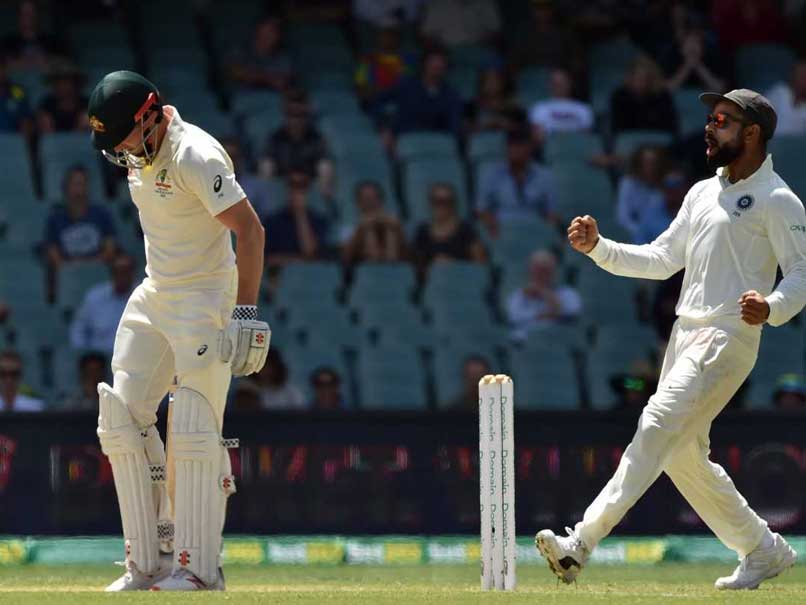 India defeated Australia in the opening match to take a 1-0 lead in four-Test series.© AFP

India beat Australia by 31 runs in the first Test at the Adelaide Oval to take a 1-0 lead in the four-match series on Monday. The number one-ranked Indian Test team will next take on fifth-ranked Australia in the second Test in Perth, starting Friday. But former Australia captain Ricky Ponting believes that the hosts will come stronger after a defeat in Adelaide, adding that the Perth wicket will be more suitable for the home team.

"I think Perth will definitely be a lot more suitable for our guys than the Indians. But our players need to bounce back pretty quickly," Ponting told reporters.

"They were pretty poor this week and got within 30 runs. And that's not saying India played at their absolute best either, but they're absolutely capable," he added.

"There's some positives to take from it but they've also got to take a good hard look at what they've done through this game and make sure they do it a lot better."

Ponting further said Australia should not tinker with their playing XI in the second Test.

Aaron Finch, who was playing his first Test on Australian soil, failed to live upto expectations, with scores of 0 and 11. Ponting, however, dismissed suggestions that the opener should be dropped.

"Why wouldn't they do that for this game if that's their best line-up?" Ponting asked.

"I just think that would be really reactionary. The selectors have made a decision, or whoever is setting the batting order, that they think Aaron Finch is the right guy to be opening the batting for Australia.

"Little things like that would come into their minds. If I was them, I'd be tempted to keep it the same way."

Australia Cricket Team Ricky Ponting Australia vs India 2018/19 Cricket
Get the latest updates on IPL 2021, IPL Points Table , IPL Schedule 2021 , live score . Like us on Facebook or follow us on Twitter for more sports updates. You can also download the NDTV Cricket app for Android or iOS.