Tamim Iqbal suffered an injury on the wrist in the second over of Bangladesh's innings against Sri Lanka when he was hit by a short ball from Suranga Lakmal. 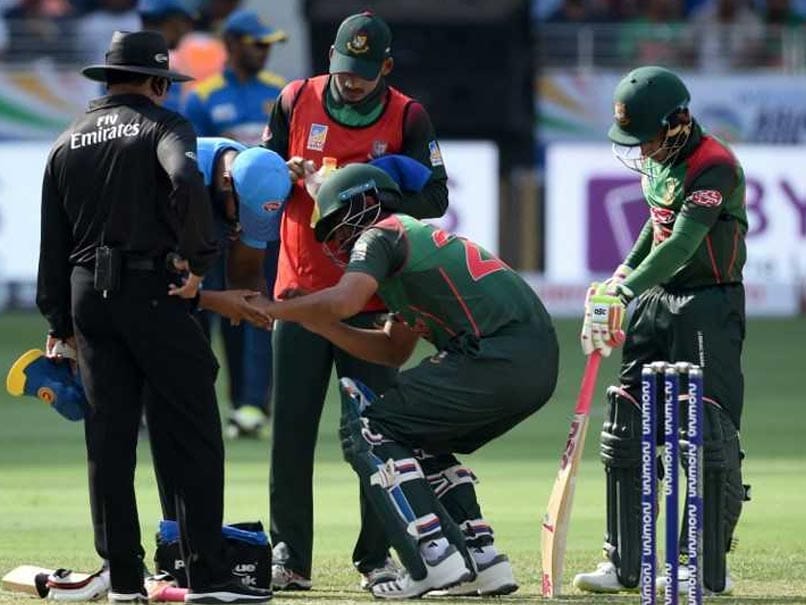 Tamim Iqbal was hailed as national hero after he returned to bat with an injured hand.© AFP

Bangladesh team suffered a major blow on Monday after opener Tamim Iqbal was ruled out of the rest of the Asia Cup with a broken hand.  "He got two fractures in his hand. He would not be able to continue here and also for the next three to four weeks," team manager Khaled Mahmud told news agency AFP from Dubai. The left-hander received a blow during the first match of the Asia Cup on Saturday against Sri Lanka. Tamim suffered an injury on the wrist in the second over of Bangladesh's innings when he was hit by a short ball from Suranga Lakmal.

Tamim was hailed as national hero after he returned to bat with his injured hand for the final wicket during Bangladesh's 137-run win in the opening match against Sri Lanka.

He left the field for hospital for a scan, and when he returned to the ground with a sling on his injured hand his Asia Cup was thought to be over.

But the opener stunned all by striding out to bat after Bangladesh lost their ninth wicket for 229 runs.

He fashioned a hole in his glove in order to fit his taped wrist and used one hand in facing a single delivery to give the strike back to Mushfiqur Rahim, who was batting on 112.

Mushfiqur then scored 32 off 16 balls alone in their 10th-wicket partnership, guiding Bangladesh to 261 runs before he was dismissed in the final over for 144.

Bangladesh later bowled out Sri Lanka for 124 runs to record their biggest win on foreign soil, making a giant leap towards the Super Four round.

Bangladesh will face Afghanistan in their second match of the tournament in the United Arab Emirates on Thursday.

Suranga Lakmal Asia Cup 2018 Bangladesh vs Sri Lanka, Match 1 Dubai International Cricket Stadium, Dubai Cricket
Get the latest updates on Olympics 2020, Olympics 2020 Medal Tally, Live Cricket Score . Like us on Facebook or follow us on Twitter for more sports updates. You can also download the NDTV Cricket app for Android or iOS.