Tamim Iqbal, who suffered the injury in the second over of Bangladesh's innings, is likely to be out of action for at least six weeks. 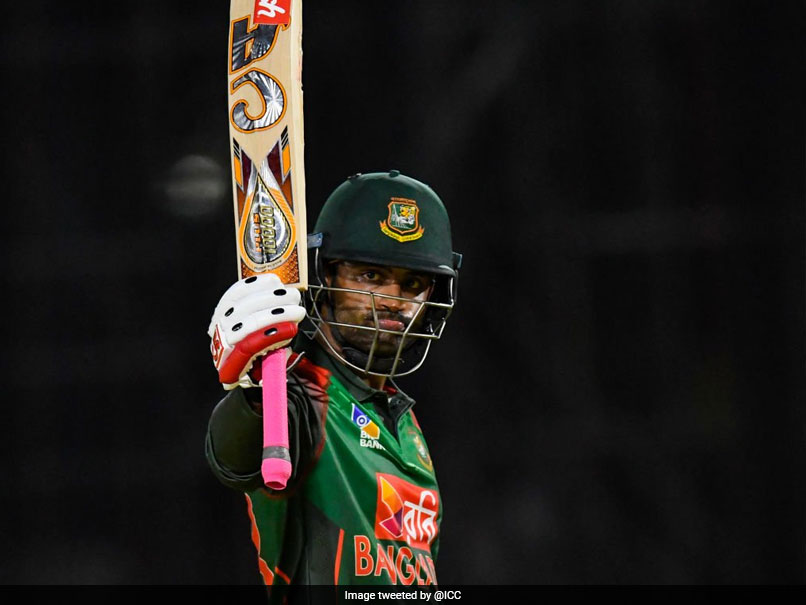 Tamim Iqbal has been ruled out of the Asia Cup 2018.© Twitter

Bangladesh were dealt a huge blow when opener Tamim Iqbal was ruled out of the Asia Cup 2018 after fracturing his left wrist during the tournament opener against Sri Lanka in Dubai on Saturday. Iqbal, however, surprised everyone by returning to the crease at the fall of Bangladesh's ninth wicket in the 47th over, to give company to centurion Mushfiqur Rahim, who almost single-handedly guided the side to a fighting 261 with his highest ODI score of 144. Awestruck by Iqbal's unbelievable courage, cricket fans from all over the world took to Twitter and heaped praises on the injured player.

Here are some of the best tweets

tamim iqbal batting with one arm, is this even real? massive respect #banvsl pic.twitter.com/znsBtpGEF9

Tamim Iqbal walked in at No. 11 and batted with one hand after suffering a fracture on his left wrist. WOW! Amazing courage shown by the Peshawar Zalmi opener. Brave! pic.twitter.com/pgkFCYYl7r

Graeme Smith did it before. Today it was Tamim Iqbal pic.twitter.com/ckC4Q22YOv

Playing for your country amd batting with just one hand after wrist fracture!
You are a hero, Sir.
Love for cricket, Love for your country! #BANvSL #TamimIqbal #AsiaCup2018 #respect #Hero

No matter what he does from here, that one ball Tamim Iqbal played single handedly on return will define him. #BANvSL

Iqbal, who suffered the injury in the second over of Bangladesh's innings, is likely to be out of action for at least six weeks.

"We took him to the hospital only because it was a serious injury, and not just mere bruising," Minajul Abedin, the Bangladesh chief selector was quoted as saying by espncricinfo.

"He was in some pain obviously and it wouldn't have been prudent to continue batting."

Iqbal was hit on his left wrist while attempting a pull against Suranga Lakmal in the second over and was taken to the hospital, where scans revealed a crack on the outside of his index finger.

Eventually, Iqbal's heroics paid off as Bangladesh bowled out Sri Lanka for 124 in 35.2 overs to win the tournament opener by 137 runs.

Tamim Iqbal Asia Cup 2018 Cricket Bangladesh vs Sri Lanka, Match 1
Get the latest updates on IPL 2021, check out the IPL 2021 Schedule and Indian Premier League Live Score . Like us on Facebook or follow us on Twitter for more sports updates. You can also download the NDTV Cricket app for Android or iOS.