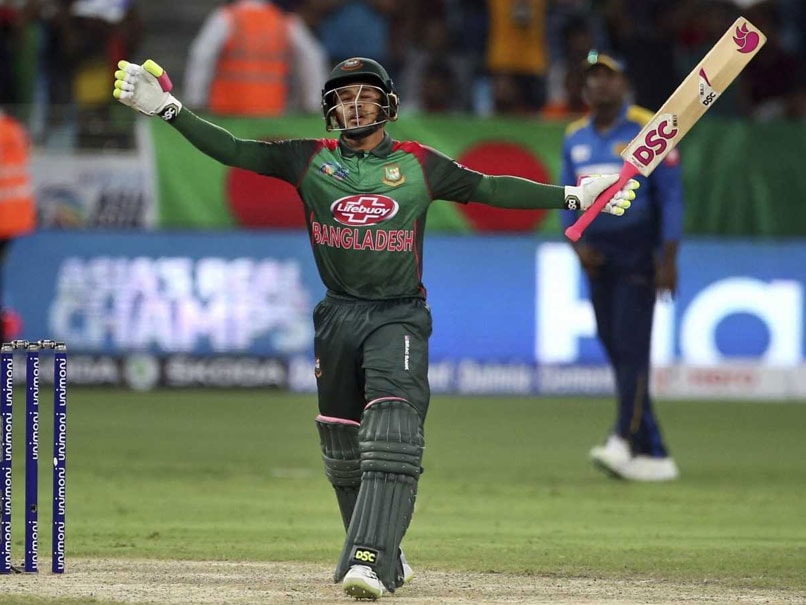 Mushfiqur Rahim played a whirlwind knock of 144 off 150 balls to dig Bangladesh out of a precarious position in the Asia Cup 2018 tournament opener against Sri Lanka on Saturday at the Dubai International Cricket Stadium, Dubai. Mushfiqur Rahim, en route his 6th ODI century, hit 11 boundaries and four sixes. By virtue of his century, Mushfiqur Rahim not only registered his career-best ODI score but also joined India captain Virat Kohli, former Pakistan cricketer Younis Khan in the list of highest individual scorers in Asia Cup.

What an innings yesterday by @mushfiqur15!

"I thought I've been in great nick in the last one year and I was determined to score big runs in this tournament. I'm really happy that I'm able to contribute to my team's win," said Mushfiqur Rahim, who was adjudged player of the match.

Courtesy of Mushfiqur Rahim's superb hundred, coupled with Bangladesh's brilliant bowling attack helped them beat Sri Lanka by 137 runs. Chasing 262 for a win, Sri Lanka suffered a batting collapse with none of their batsmen showing intent to stay at the crease as they were all out for 124 in 35.2 overs.

For Sri Lanka, Lasith Malinga, whose last ODI was against India in a home series in September 2017, stole the limelight by returning with figures of 4/23. This was Sri Lanka's lowest ODI total versus Bangladesh.

Mushfiqur Rahim Asia Cup 2018 Bangladesh vs Sri Lanka, Match 1 Cricket
Get the latest updates on India vs Australia and check out  Schedule, Results and Live Score. Like us on Facebook or follow us on Twitter for more sports updates. You can also download the NDTV Cricket app for Android or iOS.