Ambati Rayudu spoke about MS Dhoni's influence in the Indian team, saying that the former captain was the go-to guy for everyone. 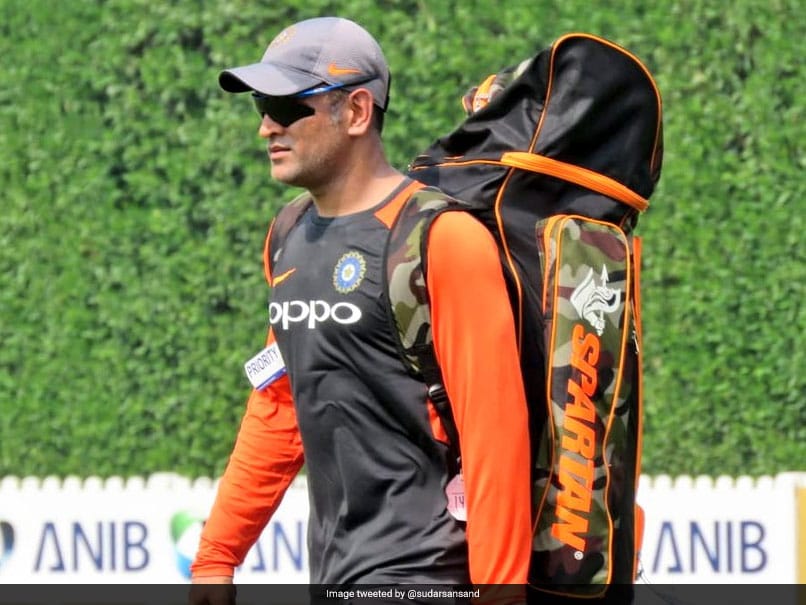 MS Dhoni will be key for India in the absence of Virat Kohli in the Asia Cup 2018.© Twitter

India begin their Asia Cup 2018 campaign on Tuesday when they take on minnows Hong Kong in a Group A match at the Dubai International Cricket Stadium. Indian captain and run-machine Virat Kohli has been rested for the tournament with Rohit Sharma given the responsibility of leading the team. Batsman Ambati Rayudu admitted that Kohli will be a "big miss and loss to the team" but feels that there is enough quality in the side to still do well and win. Meanwhile, Rayudu also took the opportunity to speak about former captain MS Dhoni's influence on the team.

"Obviously, he (Virat) is a big miss and loss to the team. However, we still have enough quality in the team to go out and win. He (Dhoni) has been India's captain and always been the go-to man for everybody in the team," Rayudu said at a media conference on Saturday. "He (Dhoni) has helped me a lot in terms of how I recovered this season."

With India yet to settle their middle-order conundrum with less than a year left for the World Cup, there is a chance for players such as Rayudu to stake a claim in the playing XI.

"To be very honest, (I) haven't thought about it (middle-order) or looked at it as a competition. It's just an opportunity to express myself and (I) don't want to put more pressure to my game by thinking about these," he said.

India will not have even a day's rest for their match against arch-rivals Pakistan. Just a day after taking on Hong Kong, India will clash against Sarfraz Ahmed's team on September 19.

"I don't think it will be a disadvantage. It will be definitely tough and I'm sure we will do best possible things to recover and go out fresh to play the next game."

He said that it was frustrating to miss out on the limited overs leg of the England tour despite a stellar Indian Premier League season for Chennai Super Kings. Rayudu failed to the make the Indian team after flunking the yo-yo test in his first attempt.

"Obviously it was frustrating to miss out on the England tour. But I'm happy that I can come back and give the test and get picked to play in the Asia Cup.

"This year I played well in the IPL. The main thing is that I feel age doesn't matter as long as you are fit."

Ambati Rayudu Asia Cup 2018 Cricket
Get the latest updates on ICC T20 Worldcup 2022 and CWG 2022 check out the Schedule, Live Score and Medals Tally. Like us on Facebook or follow us on Twitter for more sports updates. You can also download the NDTV Cricket app for Android or iOS.