World Cup Snub Is Not The End Of The Road For Rishabh Pant: Sourav Ganguly

Rishabh Pant has been kept as one of the standbys for the World Cup 2019. 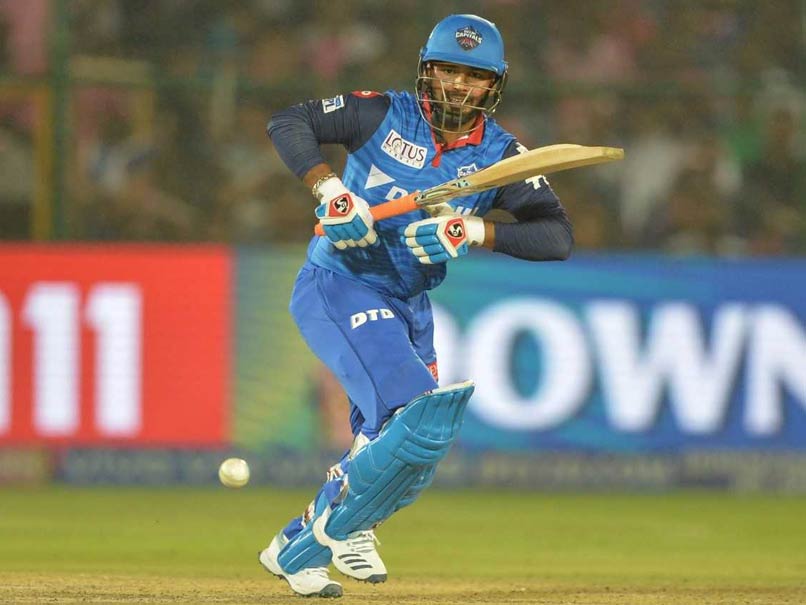 Delhi Capitals advisor Sourav Gangulywho, along with head coach Ricky Ponting, has helped the IPL franchise turn its fortunesin the ongoing season, feels that "there is nothing to worry" for wicket-keeper Rishabh Pant. According to former India captain Sourav Ganguly, the World Cup snubshould not disturb Rishabh Pant much as he is "just 21-years-old". "Pant is a fantastic player. He is just 21 years old so there is nothing to worry," Sourav Ganguly said on Wednesday. Rishabh Pant won the man-of-the-match award for an impressive knock of 78 off 36 balls against Rajasthan Royals (RR) on Monday.

After the knock, Pant said that World Cup selection thought was in his mind. Pant, though, has been kept as one of the standbys for the World Cup 2019.

"There is no point talking about it. This is not the end of the road for him. He is only 21 years of age. I always stay with him and the players," Ganguly added.

DC have been on a roll, currently placed second in the points table with 14 points in their kitty from 11 matches. Asked if he is the reason for the success, Ganguly said: "I don't play and it is not possible for me to do it alone. It is always the players who are responsible."

Ganguly also praised MS Dhoni who has been in great form lately for Chennai Super Kings. "Dhoni is a great player."

Ganguly backed his former team Kolkata Knight Riders to bounce back after facing five defeats in a row.

"KKR is a fantastic side, its just four-five games. This can happen."

On the upcoming World Cup starting May 30, Ganguly said it's going to be one of the most keenly contested one, adding India will always be one of the favourites in any tournament they play.

"Indian cricket is so strong that in any tournament they will be favourites. This World Cup will probably be the best format. The best four teams will reach the semi-finals and there are no easy teams," he expressed.

Asked to pick his teams for the semis, Ganguly said Australia and West Indies are doing really well lately.

India Cricket Team World Cup 2019 Cricket
Get the latest updates on ICC Women's Cricket World Cup 2022 and IPL 2022, check out the Schedule , Live Score and IPL Points Table. Like us on Facebook or follow us on Twitter for more sports updates. You can also download the NDTV Cricket app for Android or iOS.