Australia beat England by 64 runs in a league match and finished above England in the World Cup 2019 Points Table. 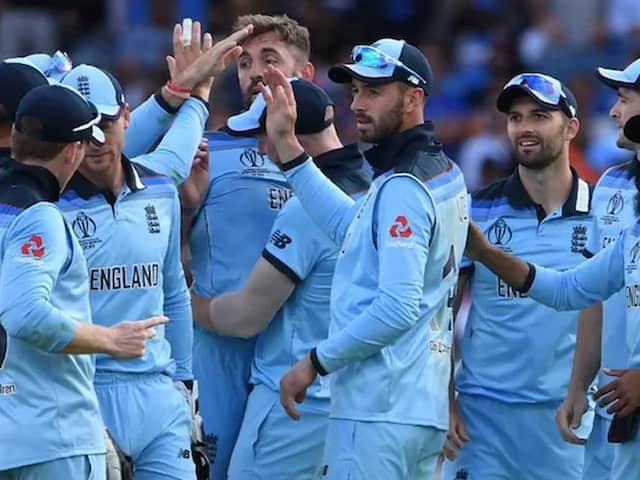 Australia off-spinner Nathan Lyon has tried to ramp up the pressure on England by insisting "it's their World Cup to lose" ahead of a hugely anticipated semi-final clash between the arch rivals on Thursday. Reigning champions Australia were denied top spot in the group stage after a dramatic 10-run defeat by South Africa at Old Trafford on Saturday. That result means they will face Ashes foes England in Birmingham for the right to play in the final at Lord's on July 14.

Australia beat England by 64 runs in a group match and finished above Eoin Morgan's men in the table.

But off-spinner Lyon, who controversially said he wanted to end the Test careers of some England players ahead of Australia's 4-0 home Ashes win of 2017/18, insisted the burden of expectation was on the tournament hosts, even though England have never won the World Cup.

"They're full of world-class players and they've been the number one team for a couple of years now," Lyon said after Saturday's match.

"They should be going into this World Cup as favourites, it's all on them. It's their World Cup to lose if you ask me.

"We've got nothing to lose, we've only got stuff to gain. That's the exciting thing about it."

Mitchell Starc took 2/59 against the Proteas to move him to 26 wickets as he equalled compatriot Glenn McGrath's record for most scalps at a single World Cup.

The left-arm fast bowler aggravated a right ankle injury by landing awkwardly in a foot hole but Starc was optimistic he would be fit to face England.

"I had a bit of ice on it but it's pretty good. Let's see how it pulls up (on Sunday) morning but I'm feeling pretty confident with it all and have been throughout the tournament so far," he said.

Australia beat England by 64 runs at Lord's earlier in the World Cup, with Starc taking four for 43.

Starc said the manner of that victory has given Australia a template for Thursday, even though England opener Jason Roy, who missed that match with a hamstring injury, is now fit and in the runs again.

"The blueprint the last time we played England was to take early wickets," he said.

"They'll get Jason Roy back for the fixture, so we're going to have a few days now to discuss if we need to change anything but I think the way we played England last time was a great blueprint moving forward."

Starc unsettled Morgan at Lord's with his use of the short ball, prompting the England captain to try to hook his way out of trouble only to be caught in the deep.

Former England captain Kevin Pietersen even suggested Morgan was scared of facing Starc but the bowler himself was less certain.

"I think the short ball has worked to a lot of people in the World Cup. It's definitely a plan for some guys who have got a bit of extra pace. Slower bouncer as well.

"I guess we'll have to assess where the wicket is; is it short side or long side? Whether it's got some pace or not and see if we can get Eoin one way or another again."

Edgbaston, Birmingham World Cup 2019 Cricket Australia vs England, 2nd Semi Final
Get the latest updates on IPL 2020, check out the IPL Schedule for 2020 and Indian Premier League (IPL) Cricket live score . Like us on Facebook or follow us on Twitter for more sports updates. You can also download the NDTV Cricket app for Android or iOS.