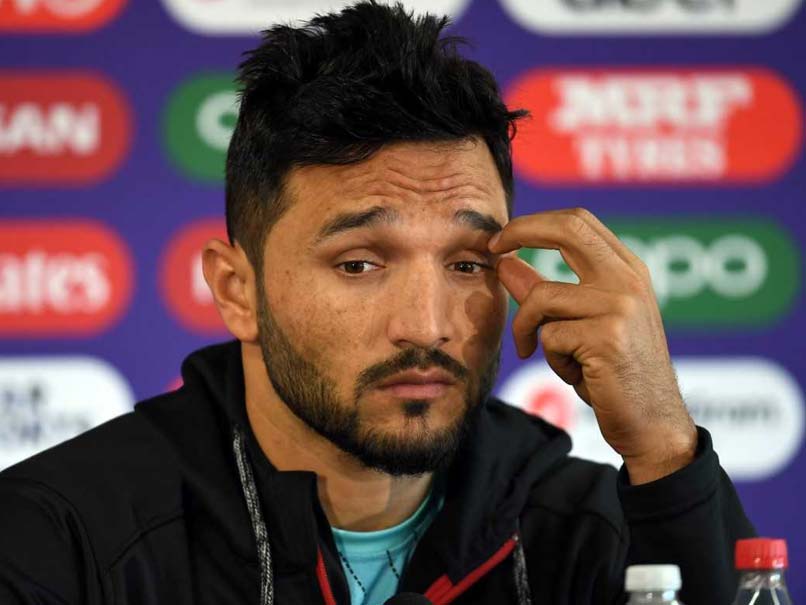 Gulbadin Naib played down the incident in the Manchester restaurant.© AFP

Afghanistan captain Gulbadin Naib threatened to walk out of a press conference on Tuesday night, unhappy about the repeated questions about an incident in a Manchester restaurant on Monday where police were called after members of the Afghanistan squad were involved in an altercation. The incident took place the night before Afghanistan's World Cup 2019 match against tournament hosts England at Manchester's Old Trafford. According to the BBC, the unnamed squad members took exception to being filmed by a member of the public and confronted him.

But Afghanistan captain Gulbadin Naib, speaking to reporters after the match, played down the incident by saying he had no fresh information to offer on the alleged altercation. He even threatened the journalists to leave the press conference midway after Afghanistan's 150-run loss against England.

Gulbadin Naib after being asked questions regarding an alleged incident at a Manchester restaurant "if you ask these kind of questions, I will go" #ENGvAFG #cwc19 pic.twitter.com/MHF9P0qU3E

"No, I haven't, so you can ask my security officer. I didn't know anything about him, about them," he said.

"Shortly after 11.15pm on Monday 17 June 2019, police were called to reports of an altercation at a premises on Liverpool Road in Manchester," said a GMP statement.

"Officers attended the scene. No one was injured and no arrests have been made. Enquiries are ongoing."

On the field England, aided by some sloppy Afghanistan fielding, piled up their highest World Cup score of 397/6, with captain Eoin Morgan hitting a one-day international record 17 sixes in his 148.

Gulbadin Naib
Get the latest updates on Fifa Worldcup 2022 and check out  Fifa World Cup Schedule, Stats and Live Cricket Score. Like us on Facebook or follow us on Twitter for more sports updates. You can also download the NDTV Cricket app for Android or iOS.