Virat Kohli feels MS Dhoni's absence is the perfect opportunity for Rishabh Pant to gain experience and unleash his potential. 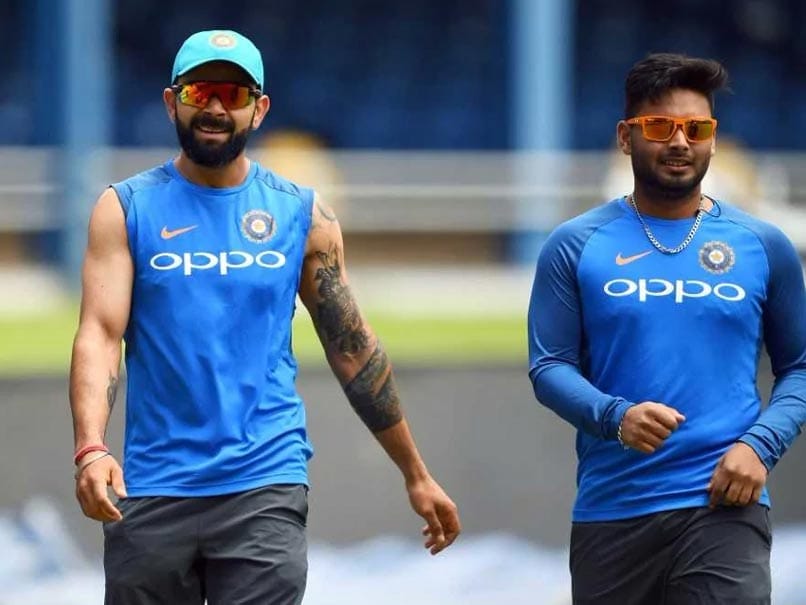 Virat Kohli spoke about Rishabh Pant's ability and backed him to become a consistent performer.© AFP

India will be seen in action for the first time after their World Cup 2019 semi-final exit when they take on West Indies in the first T20I of the three-match series on Saturday. MS Dhoni opted out of the series, taking a two-month sabbatical from cricket to serve the 106 Territorial Army Battalion (Para). India skipper Virat Kohli feels that MS Dhoni's absence is a great opportunity for young Rishabh Pant to show his credentials and unleash his potential on the international stage. Speaking ahead of the India vs West Indies 1st T20I in Florida, the Indian skipper said that tour was the perfect chance for Pant to become a consistent performer for the Indian team.

"It's a great opportunity for someone like Rishabh Pant to really play a lot of international cricket, show his credentials, really unleash his potential at this stage," Virat Kohli said on Friday.

"We know how much ability he has and we all want him to become a consistent performer for the Indian cricket team. MS Dhoni's experience is always going to be a very crucial factor but having said that some of these younger guys have a great opportunity ahead of them and they should just look forward to it."

Dhoni, 38, has been the subject of intense speculation on his retirement from international cricket since India's semi-final exit from the World Cup.Questions have been raised by former cricketers, pundits and media if it was the right time for him to step away and help India groom his successor.

The former India captain has not provided even a hint of his plans but he enjoys unwavering support from Kohli, who has publicly backed him on numerous occasions.

With regular all-rounder Hardik Pandya also rested for the trip to the Caribbean, where India will play three T20s, three ODIs and two tests, the touring side will miss their regular 'finishers' in the limited-overs formats.

Kohli said it was a chance for the fringe players to make their case ahead of next year's World T20 in Australia.

"It's a great opportunity for the guys stepping in, to deliver what we need from them as a team and really cement their spots," Kohli said

"Not having the two finishers, Hardik and MS, around is different to what we are used to but it also presents an opportunity for the guys coming in to show what they have.

"Looking forward to the World T20 next year I think it's a great position to be in for all these guys coming in."

Rishabh Pant West Indies vs India 2019 West Indies vs India, 1st T20I Cricket
Get the latest updates on India vs Australia and check out  Schedule, Results and Live Score. Like us on Facebook or follow us on Twitter for more sports updates. You can also download the NDTV Cricket app for Android or iOS.