MS Dhoni joined the Victor Force of the 106 Territorial Army Battalion (Para) in the Kashmir Valley on Wednesday. 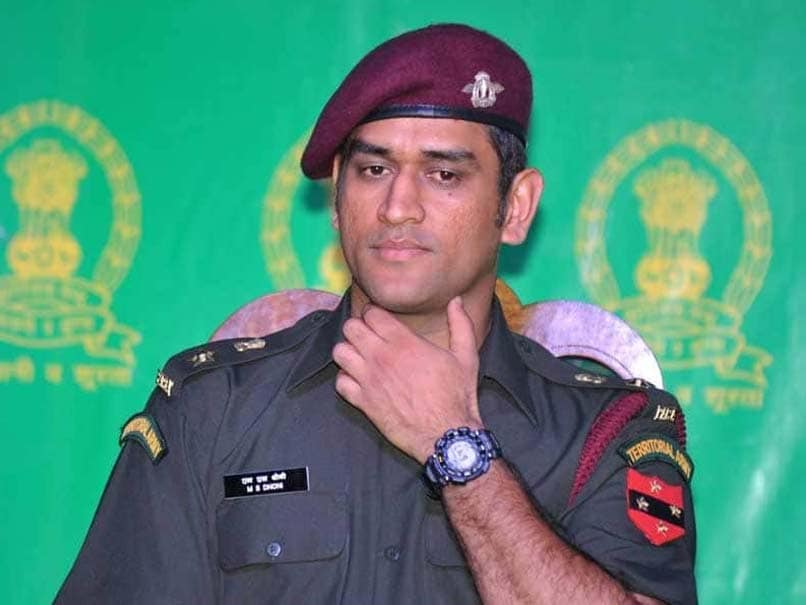 MS Dhoni had opted out of the West Indies tour to serve his Army unit in Kashmir Valley.© AFP

MS Dhoni, a Lieutenant Colonel (Honorary) in the Parachute Regiment of the Territorial Army, joined his unit in the Kashmir Valley on Wednesday after opting out of the West Indies tour to serve the same. The former India skipper will be staying with his 106 TA Battalion (Para) till August 15 and under take duties with the troops, Army officials said. "Lt Col Dhoni arrived here today and has joined his unit," one of the officials said. Last week, Dhoni's request to stay with the unit in the Kashmir Valley as a part of Victor Force and perform duties of patrolling, guard and post duty was approved by Army Headquarters.

The unit is deployed in the militancy-infested south Kashmir region as part of Victor Force.

On Friday, Army Chief Gen. Bipin Rawat had told NDTV that MS Dhoni was well-equipped to perform his duties with the Army. Like any other soldier, MS Dhoni will be performing the role of a protector.

"When a citizen of India wants to don the military uniform then he has to also be prepared to fulfill the task for which the uniform has been assigned to him. MS Dhoni has carried out his basic training and we know that he will be able to accomplish the task.

"In fact, he will be protecting a lot of other people because he will now be performing with the 106 Territorial Army Battalion (Para). It is a very good battalion and they have been performing line of communication duties, static protection and he will be a part of it.

"I don't think we will need to protect him, he will protect the citizens and garrison entrusted to his task," the Army Chief had said.

Dhoni was accorded the honorary rank of Lieutenant Colonel in 2011. He is also a qualified paratrooper after having completed five parachute training jumps in 2015.

The Territorial Army is a part of the Army. Its role is to relieve the regular Army from static duties and assist civil administration in dealing with natural calamities and maintenance of essential services.