Members of the Indian cricket team along with their West Indies counterparts were seen enjoying some downtime. 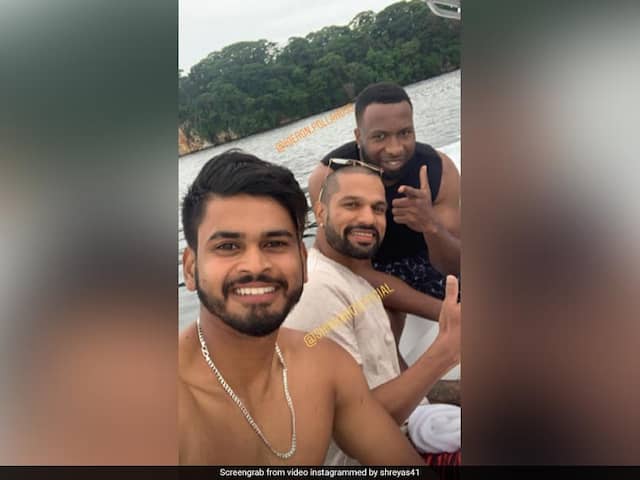 The Indian players are enjoying their time in the Caribbean.© Instagram

The Indian players are enjoying their time in the Caribbean both on and off the field. With the Twenty20 International (T20I) series already in the bag and an unassailable 1-0 lead in the One-Day Internationals (ODIs), openers Rohit Sharma, Shikhar Dhawan and a few other members of the Indian team were seen enjoying some downtime ahead of the final ODI in Trinidad on Wednesday. In videos posted by Shikhar Dhawan and Shreyas Iyer on Instagram, both Indian and West Indies players were seen making a splash.

Watch Shikhar Dhawan and Shreyas Iyer making the most of the outing:

You can't tell me I ain't fly!

Shreyas Iyer also posted a few Instagram stories in which Nicholas Pooran, Kieron Pollard, Rishabh Pant, Navdeep Saini and Khaleel Ahmed were also seen having a gala time ahead of the final ODI in Port of Spain.

India currently lead the ODIs 1-0 with the series opener being washed out. An out-of-form West Indies team will however have a chance to draw level in the ODI series on Wednesday.

After the conclusion of the ODI series, both the teams will begin their quest for the ICC Test Championship, starting from August 22 in Antigua.

India's month-long tour to the West Indies will conclude on September 3 in Jamaica.