Yuzvendra Chahal still holds the record for best figures in any T20 International by an Indian bowler. 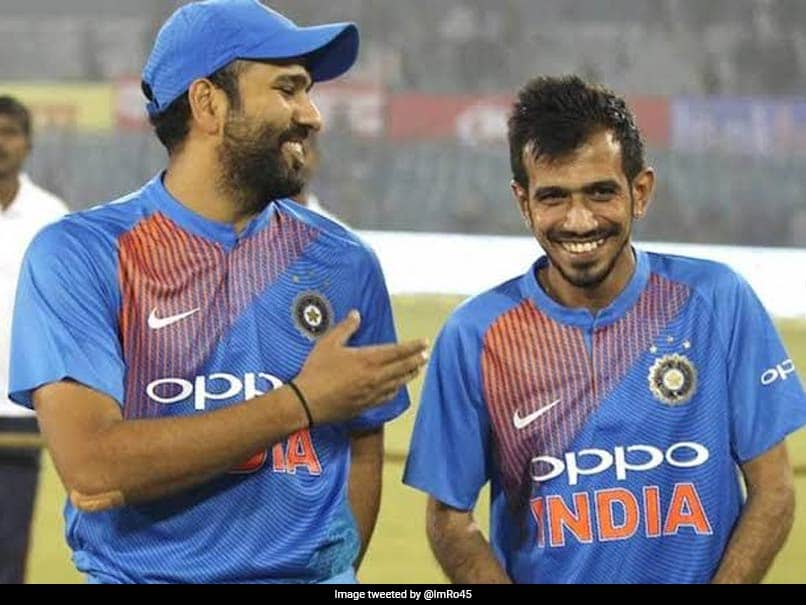 Yuzvendra Chahal, India's frontline leg-spinner, celebrated his 29th birthday on Tuesday. Yuzvendra Chahal had an average World Cup 2019 as in the later part of the tournament he lost his touch and failed to provide India with breakthroughs in the middle overs. Chahal has been named in the One-day International (ODI) squad which will tour the West Indies. However, the selectors have opted for a new set of spinners for the T20 Internationals. On Chahal's birthday, Rohit Sharma, Shikhar Dhawan along with others took to Twitter to wish him.

Wishing goof ball @yuzi_chahal a very Happy Birthday
Here's a recap of some of his fun moments from Chahal TV #TeamIndia pic.twitter.com/xBI3BxgUl6

Happy 29th birthday to Yuzvendra Chahal, 's premier limited-overs spin bowler. In his younger days, he was quite the chess player too! pic.twitter.com/7CgBm5S4ec

In the World Cup 2019, India lost to New Zealand in the semi-final in Manchester. Chahal went for 63 runs in his 10 overs and picked up a solitary wicket in that match. The leg-spinner could only manage 12 wickets in the eight matches at an average of 36.83 during the course of the showpiece event.

Notably, Yuzvendra Chahal was the first Indian to take a five-wicket haul in a T20 International. He was later joined by his fellow spinner Kuldeep Yadav and fast bowler Bhuvneshwar Kumar.

However, Chahal's 6 for 25 against England are still the best figures for an Indian bowler in T20Is.

With the youngsters performing well, Chahal will look to be amongst the wickets in bid to get back into the T20 side as India look to build a team for the next big assignment, T20 World Cup 2020.

The T20 World Cup will take place in Australia later next year.