India will take on the West Indies in the first test of the series at the Sir Vivian Richards Stadium in Antigua. 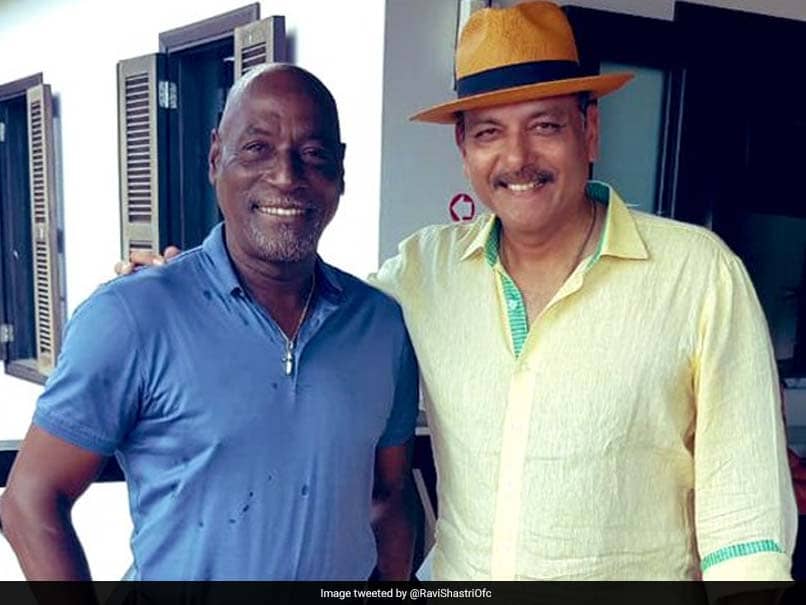 Indian cricket team head coach Ravi Shastri, who was recently reappointed till November 24, 2021, on Wednesday termed legendary West Indies cricketer Vivian Richards the king of Antigua. After winning the T20I series 3-0 and emerging victorious in ODI series 2-0, India will play the West Indies in the first Test of the two-match series, beginning on August 22 in Antigua. The series will be a part of the World Test Championship. Ravi Shastri took to Twitter and shared a picture with Vivian Richards. He wrote, "With My Maan. The King in his Kingdom. Antigua. @ivivianrichards #WIvIND."

Richards, 67, is one of the best players to have stepped out on the field. He was the vital cog in the Windies' invincible line-up during the 1980s. Richards scored 8,540 runs in 121 Test matches and managed to register 6,721 runs in the ODI format at an average of 47.

On August 16, it was announced that Ravi Shastri would continue to coach India. His tenure has been extended till ICC T20 World Cup 2021.

The three-member Cricket Advisory Committee (CAC) - comprising of Kapil Dev, Anshuman Gaekwad and Shantha Rangaswamy - had said that Shastri was the perfect candidate for the coaching job as he knows the team well.

After being re-appointed as the coach, Shastri had said, "First, I would like to thank CAC Shantha, Kapil, and Anshu for having the faith in me to continue for another 26 months. It is a privilege and honour to be a part of the Indian team setup".

West Indies Cricket Team Ravi Shastri Isaac Vivian Alexander Richards West Indies vs India 2019 Cricket
Get the latest updates on India vs Australia Series, check out the India vs Australia Schedule for 2020-21 and Ind vs Aus live score . Like us on Facebook or follow us on Twitter for more sports updates. You can also download the NDTV Cricket app for Android or iOS.