India and the West Indies will get involved in the World Test Championship with the first Test beginning at Antigua on Thursday. 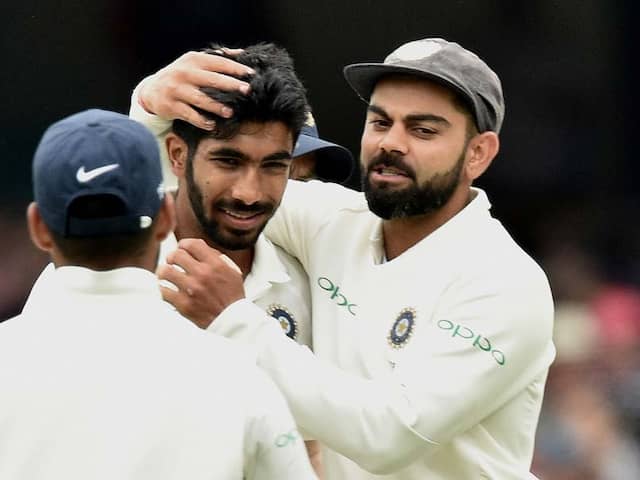 India will look to start their World Test Championship on a positive note, especially after a complete domination over the West Indies in the limited-over series. The first Test of the two-match series will begin on Thursday at the Sir Vivian Richards Stadium in North Sound, Antigua. Earlier, India thrashed the West Indies to sweep the three-match T20 International series and won the three-match One-day International series 2-0. Virat Kohli, who led India to the number one position in the Test rankings, will equal MS Dhoni's record of 27 Test wins if India manage to win the first Test.

Kohli will also have his eyes on a record set by former Australia captain Ricky Ponting. A century in the game, his 19th as captain, will place Kohli on par with Ponting.

On paper, a batting line-up that has Kohli, Cheteshwar Pujara, KL Rahul, Rohit Sharma and Rishabh Pant in the ranks should be termed clear favourites but this West Indies team, led by Jason Holder, is no pushover.

England found that out the hard way at the start of the year when they lost a Test series 1-2 in some of the liveliest pitches on the Caribbean islands in recent times.

One such pace-friendly wicket was at the Sir Vivian Richards Stadium where Kohli and his men will be facing the Windies first up.

"People have been talking about Test cricket not being relevant or dying down. For me, the competition has gone up two-fold the last couple of years. It's up to the players to take the challenge and go for victories," Kohli said about the inaugural edition of the World Test Championship.

"The games are going to be much more competitive and it brings a lot of purpose to the Test matches you play. It's the right move and at the absolute right time," Kohli said.

The last Test played here saw England scoring 187 and 132 but that was a different time of the year.

Nevertheless, Kohli and head coach Ravi Shastri, who recently got a fresh contract, will be wary of the challenge that can be posed by the new ball pair of Kemar Roach and Shannon Gabriel along with Jason Holder bowling his steady seam-up spells.

If there is pace and bounce, Kohli is likely to go with four specialist bowlers in which Ravichandran Ashwin and Kuldeep Yadav will be fighting for the lone spinner's slot.

The three pacers, in all likelihood, will be Jasprit Bumrah, Ishant Sharma and Mohammed Shami.

However, it is the batting combination that will be the skipper's primary worry and if he can get it right, that will be considered as a tactical victory.

In an ideal situation, if Hardik Pandya was available, Kohli would have been tempted to drop one among Rohit Sharma and Ajinkya Rahane but given the recent record of West Indies in Tests, he might go in with an extra batsman which means both will feature in the playing XI.

If a green top is provided and Kohli still goes with five bowlers which includes Ravindra Jadeja as an all-rounder, it could well be a toss-up between the two Mumbaikars.

The other issue will be at the top of the order as to who will open with Mayank Agarwal.

The common logic says KL Rahul, who is a specialist opener, but Hanuma Vihari was sent to do the firefighting in Australia and it would be unfair to not give him another opportunity against a relatively easier pace attack.

The West Indies team in the Test format has been an understated one with players who have more talent than what the numbers currently show.

In Shai Hope, John Campbell and Shimron Hetmyer, they have the three talented youngsters.

Roston Chase, during the 2016 series against India, had thwarted Ashwin for a whole fifth day in Kingston after West Indies were staring at an innings defeat. In addition to that, he is a steady off-spinner with 50 Test wickets.

Darren Bravo is their most experienced batsman with 52 Tests and nearly 3500 runs under his belt. However, the kind of talent he is, an average of 38 plus with only eight hundreds doesn't justify that.

All eyes will also be on whether, the new "giant" of world cricket, Rahkeem Cornwall is given an opportunity. His imposing physical structure may have grabbed attention but Cornwall has also been a performer with his effective off-breaks and handy lower-middle-order batting.

Virat Kohli West Indies vs India 2019 Cricket West Indies vs India, 1st Test
Get the latest Cricket news, check out the India cricket schedule, Cricket live score . Like us on Facebook or follow us on Twitter for more sports updates. You can also download the NDTV Cricket app for Android or iOS.