Mohammed Shami was dismissed for a duck by Rahkeem Cornwall in the first innings of the second Test between India and the West Indies. 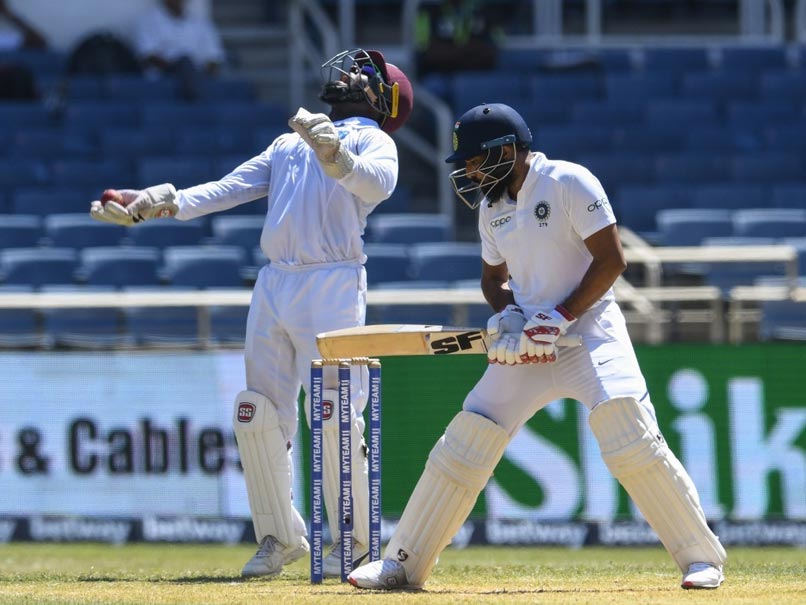 Mohammed Shami has failed to get past zero in his last six Test innings.© AFP

Not that much is expected from Mohammed Shami with the bat in hand but the dismal return in his last six Test innings is nothing short of complete catastrophe. Even as India dominated Day 2 of the second Test against the West Indies in Sabina Park, Jamaica, Mohammed Shami was dismissed for a duck by Rahkeem Cornwall, the sixth consecutive innings that the Indian cricketer has failed to get past zero. The 28-year-old Indian pacer has scored a total of 433 runs in Test cricket, including a half-century but has been dismissed four times in the last eight balls he has faced in the longest format.

On an afternoon of milestones, Vihari was last out for 111 to Jason Holder, giving the home skipper his 100th Test victim and also allowing the fast-medium bowler to achieve his third five-wicket haul in as many Test innings at the ground.

Yet as well as Vihari played through five hours at the crease in which he faced 225 deliveries, striking 16 boundaries, he was actually overshadowed in an eighth-wicket partnership of 112 by Ishant Sharma who reached his first Test half-century.

He was eventually dismissed for 57 as the home side laboured for most of their time in the field on another blistering afternoon.

Jasprit Bumrah claimed just the third hat-trick by an Indian in Test cricket as the West Indies were left in ruins at 87 for seven at stumps on Day 2.

Any hope of Bumrah taking all ten wickets in the innings had ended when Mohammed Shami terminated the streaky innings of Shimron Hetmyer by bowling the left-hander for 34.