India defeated the West Indies by four wickets in the first T20 International to take a 1-0 lead in the three-match series. 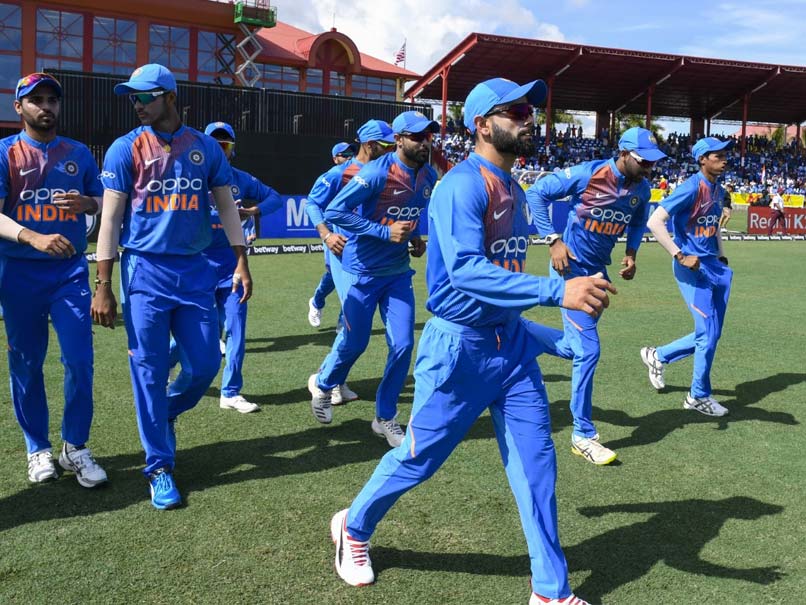 India were helped by the reckless approach of West Indian batsmen in the series opener.© AFP

India will look to clinch the three-match T20 International series against the West Indies when they face-off in the second T20I at Central Broward Regional Park Stadium Turf Ground, Lauderhill in Florida on Sunday. In the series opener at the same venue on Saturday, India defeated the West Indies by four wickets to take a 1-0 lead. Rohit Sharma top-scored for India with 24 runs in a small chase of 96 runs. Earlier, debutant fast bowler Navdeep Saini had claimed three wickets in an impressive spell as India restricted a reckless West Indies to a paltry 95 for nine in 20 overs.

After finishing their World Cup 2019 campaign in the semi-finals, India resumed the business with a great zeal.

Virat Kohli's idea of fielding after winning the toss was backed by all six Indian bowlers.

While Saini starred with figures of three for 17 in his debut match, Bhuvneshwar Kumar claimed two big wickets in India's triumph. Washington Sundar, Khaleel Ahmed, Krunal Pandya and Ravindra Jadeja joined the party with a wicket each.

The Indians were also helped by the reckless approach of West Indian batsmen.

Chasing 96 for a win, India huffed and puffed before reaching the target with 2.4 overs to spare. None of the batsmen contributed big with opener Rohit Sharma top-scoring with 24 while captain Virat Kohli and Manish Pandey making 19 each.

India struggled in their run chase and they were reduced to 32 for 2 in the seventh over with opener Shikhar Dhawan (1) and wicketkeeper Rishabh Pant (0) dismissed cheaply.

Rohit's 24 came from 25 deliveries with the help of two fours and two sixes on a pitch which was not easy to bat on.

Veteran off-spinner Sunil Narine (2/14) did not allow India to get off to a good start by removing Rohit and Pant in consecutive deliveries in the seventh over.

Virat Kohli Navdeep Saini West Indies vs India 2019 Cricket West Indies vs India, 1st T20I
Get the latest updates on ICC T20 Worldcup 2022 and CWG 2022 check out the Schedule, Live Score and Medals Tally. Like us on Facebook or follow us on Twitter for more sports updates. You can also download the NDTV Cricket app for Android or iOS.