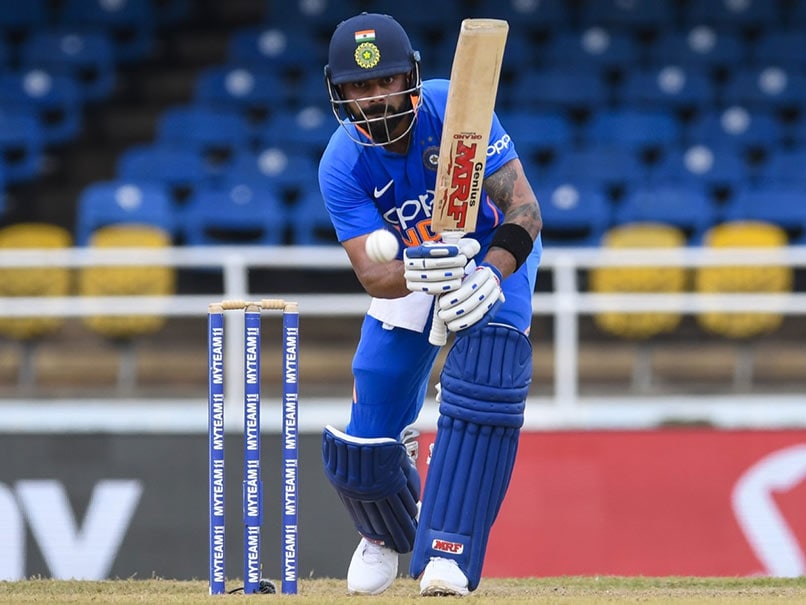 Virat Kohli surpassed former India captain Sourav Ganguly with the help of his 42nd century in the One-day Internationals during the second match of the three-ODI series between India and the West Indies in Port of Spain on Sunday. In 311 ODI matches, Sourav Ganguly had scored 11,363 runs, a mark which Virat Kohli surpassed in his 238th ODI appearance. India were 191 for three in 37.1 overs after opting to bat, when Virat Kohli reached the triple-figure mark off 112 balls, decorated with 10 boundaries and a six.

"Virat Kohli another master class in one day cricket @imVkohli @BCCI.. what a player," Ganguly congratulated the Indian skipper on Twitter.

Virat kohli another master class in one day cricket @imVkohli @BCCI .. what a player

Earlier, the Indian captain broke a 26-year-old record as he surpassed Pakistan's Javed Miandad for most runs by any batsman in ODIs against the West Indies.

Kohli was 19 runs shy of the landmark when he came into bat in the second ODI against the West Indies and he overtook Miandad's tally of 1930 runs with a single in the fifth over bowled by Jason Holder.

This was Kohli's 34th ODI against the West Indies while Miandad had accumulated his runs from 64 matches.

Kohli played his first ODI against West Indies in the 2009 Champions Trophy in Johannesburg in which he scored an unbeaten 79. His first hundred against the West Indies came in 2011 in Visakhapatnam.

Kohli's domination against the West Indies can be gauged from the fact that he struck four back-to-back centuries against them between July 2017 and October 2018.

West Indies Cricket Team
Get the latest updates on IPL 2021, check out the IPL 2021 Schedule and Indian Premier League Live Score . Like us on Facebook or follow us on Twitter for more sports updates. You can also download the NDTV Cricket app for Android or iOS.