It was a case of "better late than never" for Virat Kohli as he tried his hand at the Bottle Cap Challenge. 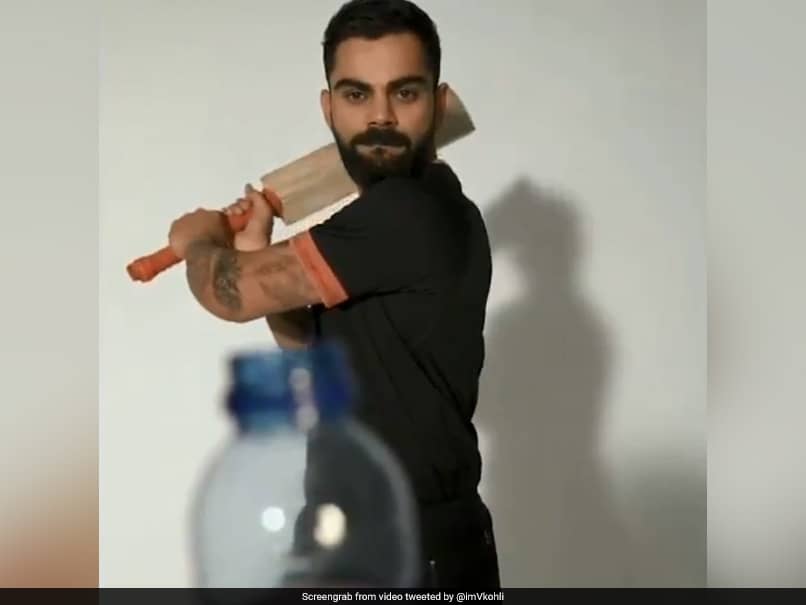 Virat Kohli finally gave the Bottle Cap Challenge a try and added a unique twist to his video. India captain Virat Kohli posted a video of him doing the Bottle Cap Challenge with coach Ravi Shastri's commentary running in the background. Virat Kohli captioned his video, "better late than never" as he joined the long list of cricketers to take up the challenge. The Indian skipper is currently in the West Indies as his team gets ready to face the hosts in the second ODI at the Queen's Park Oval in Port of Spain, Trinidad on Sunday.

See how Virat Kohli fared in the Bottle Cap Challenge and don't forget to turn up the volume:

Virat Kohli will go past former Pakistan batsman Javed Miandad who scored 1930 runs against the West Indies in 64 innings. Kohli did not get a chance to bat in the first ODI in Guyana on Thursday after inclement weather led to a no result.

If Kohli scores 19 runs in the second ODI in Port of Spain, he will break Miandad's record by 30 innings. Kohli has scored 1912 runs in 33 ODI innings against the West Indies so far.

Miandad played his last ODI against the Windies in 1993 and so Kohli will be breaking a 26-year-old record if he manages to hit 19 runs in the upcoming second ODI in Port of Spain.

In the T20I series that preceded the ODIs, Kohli was India's highest scorer with 106 runs under his belt. He was the second highest run-scorer in the series overall behind Kieron Pollard who scored 115 runs. India won the series 3-0.

Virat Kohli West Indies vs India, 2nd ODI Cricket
Get the latest updates on India vs Australia Series, check out the India vs Australia Schedule for 2020-21 and Ind vs Aus live score . Like us on Facebook or follow us on Twitter for more sports updates. You can also download the NDTV Cricket app for Android or iOS.