The first ODI of the three-match series was called off due to inclement weather in Guyana. 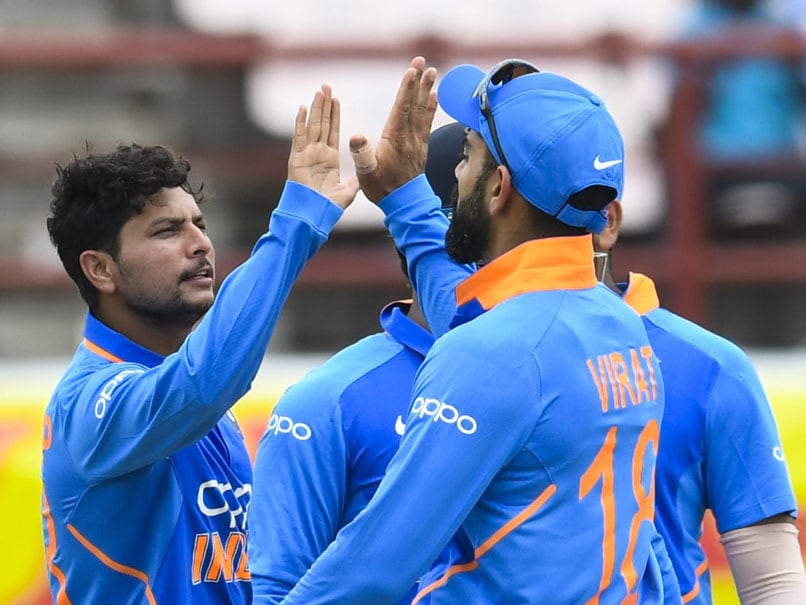 India were impressive in the limited play that was possible in the first ODI.© AFP

After a rain-affected first One-Day International (ODI) between India and the West Indies, the two teams will be hoping that the rain stays away from the second ODI which is scheduled to be played at Port Of Spain in Trinidad on Sunday. In the first ODI, only 13 overs were possible as rain in Guyana led to a no result. Indian bowlers were exceptional once again as Bhuvneshwar Kumar and Mohammed Shami kept things quiet initially and then Kuldeep Yadav came into the attack to get rid of the dangerous Chris Gayle. Notably, Gayle was the only batsman to be dismissed in the rain-affected encounter.

For India, it will be about starting afresh after a heart-breaking loss in the semi-final of the 2019 World Cup. The batting looks solid at the top with Shikhar Dhawan coming back to join Rohit Sharma and skipper Virat Kohli will once again get to play freely at the number three position as he doesn't need to worry about building the innings.

The middle-order kind of picks itself as the team didn't get to bat in the opening game. So while Shreyas Iyer should get another go after having made the playing XI in the first game, Rishabh Pant definitely will be playing the role of the finisher unless there is a top-order collapse.

Kedar Jadhav is also set to get a game over Manish Pandey as was the case in the opening tie.

In the bowling department, Mohammed Shami looked mighty impressive as he gave away just 5 runs in the three overs that he bowled. But with young Khaleel Ahmed taking some stick from Evin Lewis, going from 27 from his three overs, it could be interesting to see if the Indian team management decides to give Navdeep Saini his ODI cap as he was pretty impressive in the T20I series.

Kuldeep Yadav should once again get the nod over Yuzvendra Chahal as he picked the lone wicket to fall on the day in Guyana - Chris Gayle. He will be supported by Ravindra Jadeja as the left-arm spinner can also wield the willow at the bottom end of the innings.

For West Indies, after the loss in the T20I series, it will all be about playing for pride as they are considered a better outfit in the limited-overs format. Also, with Gayle playing his last series for the Windies should add to the motivation factor for the hosts.