"I Get Frustrated" When Not Scoring Runs, Says Rishabh Pant

Rishabh Pant played a fine 42-ball 65-run knock in the 3rd T20I after a string of low scores in the first two matches against the West Indies. 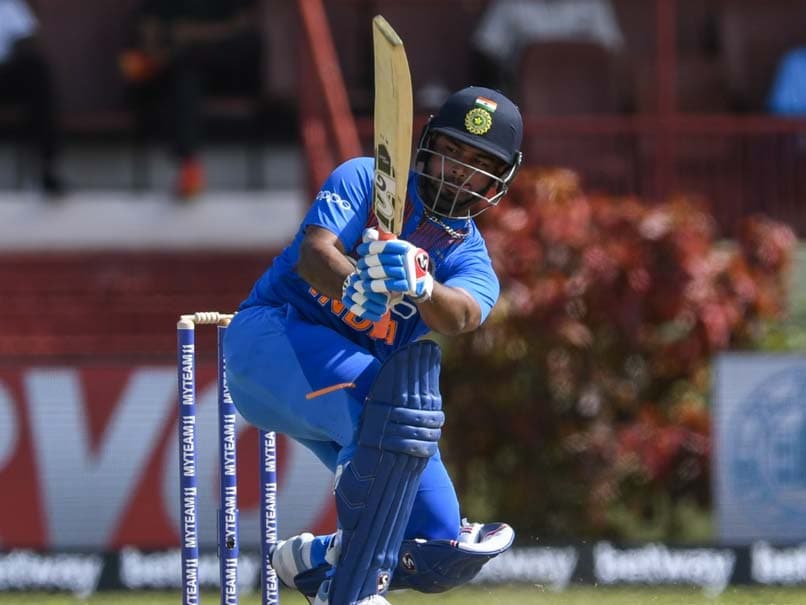 Young wicketkeeper-batsman Rishabh Pant in a short period of time has become a man in focus with his aggressive batting display. Pant, who played a fine 42-ball 65-run knock in the 3rd T20I after a string of low scores in the first two matches against the West Indies, said that whenever he failed to perform for his team and his plans did not work, he did get frustrated. With Rishabh Pant's unbeaten knock along with captain Virat Kohli's batting brilliance, India registered a seven-wicket victory against the West Indies in the final T20I in Guyana and clinched the series 3-0.

The left-handed batsman played a winning knock of unbeaten 65 off just 42 balls with 4 fours and 4 sixes as India chased down the target of 147 with four balls to spare.

Speaking to India vice-captain Rohit Sharma for BCCI.tv, Pant said, "Felt really good about my innings. I was not able to score runs and was getting frustrated. But I kept following my process and it fetched the desired results today."

Two low scores & a match-winning fifty. The Hitman finds out how Pant turned it around in the final T20I - by @28anand #TeamIndia #WIvIND

Talking about his 106-run partnership with captain Virat Kohli, the 21-year-old said, "When I and Virat bhaiya were playing, we were thinking of stitching together a big partnership and take the game deep and then accelerate in the last seven-eight overs."

The Delhi lad has been time and again criticized for his shot selection and temperament.

Even during the World Cup semi-final against New Zealand, Pant had come under fire after he threw away the start he got and gifted his wicket while attempting a hoick to spinner Mitchell Santner, thus leaving India at sixes and sevens during chase of 240 which they ultimately failed to chase down.

"There are various times that I get frustrated when I don't get the runs. Then I think what different things I could have done to perform. There are times when I take the right decision and even then, I am not able to perform. It happens in cricket and is part and parcel of the game," Pant said.

"But what I try to do always is to focus on my basics, trust my instincts and just follow the process," he added.

The left-handed batsman, who has been termed as future of the Indian team by the skipper himself, doesn't get bogged down by the pressure.

"Sometimes I feel the pressure, sometimes I enjoy. But at the end of the day, what matters for me is that the entire team, including senior members, have trust in me and that gives me a huge amount of confidence because then you know that even if you fail to perform in one or two innings, the team will back you. Thus, support from teammates is a huge confidence booster."

Rohit Sharma West Indies vs India 2019 West Indies vs India, 3rd T20I Cricket
Get the latest updates on ICC T20 Worldcup 2022 and CWG 2022 check out the Schedule, Live Score and Medals Tally. Like us on Facebook or follow us on Twitter for more sports updates. You can also download the NDTV Cricket app for Android or iOS.