Tim Southee accepted that frustration and other emotions do come to mind while thinking about the loss but at the same time they are also "proud of the way" they represented New Zealand. 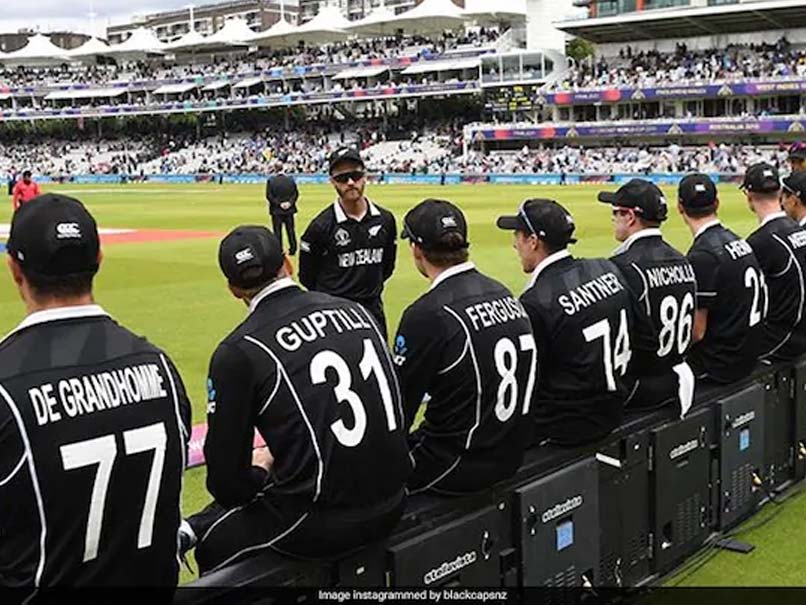 New Zealand lost to England in one of the most epic ODI encounters in the final at Lord's.© Twitter

World Cup heartbreaks are not easy to digest - for the fans or the players - especially when you lose in the manner New Zealand did last month even after doing almost everything right. This was New Zealand's second consecutive loss in the final of cricket's biggest tournament and fast bowler Tim Southee was part of the team on both occasions. Speaking to IANS, Southee, New Zealand's most experienced fast bowler in the current set-up, said, "There are still conversations about what happened in England".

New Zealand are coming fresh from their heart-wrenching World Cup debacle where they lost to England in one of the most epic ODI encounters in the final at Lord's on July 14. They lost to the host on count of boundary after both the regulation overs and the subsequent Super Over ended in a tie.

Southee accepted that frustration and other emotions do come to mind while thinking about the loss but at the same time they are also "proud of the way" they represented New Zealand.

"There are a few guys here who were part of the World Cup. Our focus was there at the ODI format for quite some time and we now have to shift it to Test cricket. There are still conversations about what happened in England and also about what we were able to achieve as a group in those eight weeks," Southee told IANS.

"There's a lot of frustration and other emotions that come to mind. But when we dig deep, we are very proud of the way we represented New Zealand," he added.

New Zealand will play a three-day warm-up game against the Sri Lanka Board President XI from August 8 before taking on Sri Lanka in the first Test from August 14 in Colombo.

Southee believes that adapting to conditions in Sri Lanka will hold the key for the Kiwis in the upcoming two-match Test series against Sri Lanka in the island nation.

"We have some guys who were on the last tour to Sri Lanka and we had some success here. So, it's nice to have that experience. But we know that the conditions have changed and we need to adapt to that as quickly as we can," said Southee.

The two teams have not played Tests in Sri Lanka since 2012, when New Zealand won the second Test (also at the P. Sara Oval) to draw the series following a heavy defeat in Galle.

The two-match series will see the two teams beginning their campaign in the ICC World Test Championship (WTC).

Southee believes the WTC will add further excitement to Test cricket as it will bring more context to bilateral series.

"World Test Championship is something new and exciting. There are many guys who enjoy playing Test cricket. And so, with the added edge of WTC, Test cricket becomes all more exciting," said Southee.