"Will Take Dog For Walk By Beach": Trent Boult On Coping With World Cup Heartbreak

Trent Boult said he has been struggling to forget the 49th over in which he took a catch of Ben Stokes off Jimmy Neesham but ended up stepping on the boundary to let the advantage slip. 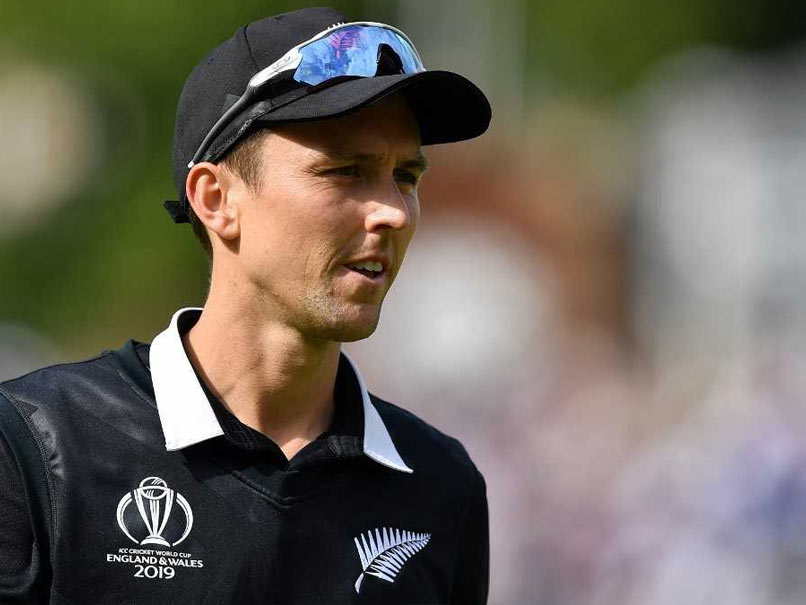 Trent Boult, New Zealand's second most successful bowler at the recently-concluded World Cup 2019, has revealed how he plans to cope up with the nerve-wracking loss in the final at the hands of hosts England. Boult admitted that the loss by boundary count rule in the final of the showpiece event will be a tough pill to swallow for at least a couple of years but he will try to get over it by walking his "dog along the beach". Boult finished the tournament with 17 wickets and played a key role in the semi-final and the final.

"Well, I'm gonna go home for the first time in about four months. Probably gonna walk my dog along the beach and try and put it aside. I'm sure he won't be too angry at me," Boult told reporters.

In the pulsating match on Sunday, being called the greatest World Cup final by many, New Zealand tied the regulation 50 overs and the Super Over but went down on inferior boundary count.

Boult said he has been struggling to forget the 49th over in which he took a catch of Ben Stokes off Jimmy Neesham but ended up stepping on the boundary to let the advantage slip.

"I suppose it's just natural to nitpick and pull apart a game like that," he said.

"...you just wonder those little kind of things that went your way, or didn't go your way or whatever, it could've been a totally different game. Yeah, of course, I'm living the last over throughout my mind a lot.

"Somehow we were hit for six along the ground which has never been happened before. And then, yeah, couple of run outs, to bowl them out and to see the scores level and to lose was a pretty unique situation," he recalled.

Does he feel cheated? The answer is a firm "no." Asked if he would he do anything differently, Boult said he doesn't envision another team coming as close to winning or losing the Cup like his side did.

"It was an amazing stage to be on. Obviously saw what it meant for the Englishmen to get across the line. It could have been us. Unfortunately it wasn't. No one is probably going to get closer to winning the World Cup or losing the World Cup as us," said the 29-year-old.

Exuding humility like his captain Kane Williamson, Boult said he felt apologetic towards fans who were rooting for the quintessential "nice guys" of the game.

"You see a lot of disappointment in cricketing fans around the world, not just Kiwis but a lot of supporters that wanted us to win. It's a shame to let everyone down really.

"It's hard to know that after playing 15 hours... A lot of Kiwis out there were saying 'we felt for you' kind of thing. Yeah don't really know too much more to say really. Obviously we're all hurting and yeah sorry for letting everyone down," he said.

Recalling the 2015 final, in which the Black Caps were outplayed by Australia, Boult said loss hurts less compared to the heartbreak at Lord's.

"Yeah, the final in 2015 was a no show in my opinion. We were outplayed from kinda the first couple of overs. Definitely didn't hurt as much as the other day did," he said.

Lord's, London Cricket New Zealand vs England, Final World Cup 2019
Get the latest updates on ICC T20 Worldcup 2022, check out the Schedule and Live Score. Like us on Facebook or follow us on Twitter for more sports updates. You can also download the NDTV Cricket app for Android or iOS.