If Virat Kohli manages to hit 19 runs in the second ODI, he will topple Javed Miandad as the highest run-scorer against the West Indies. 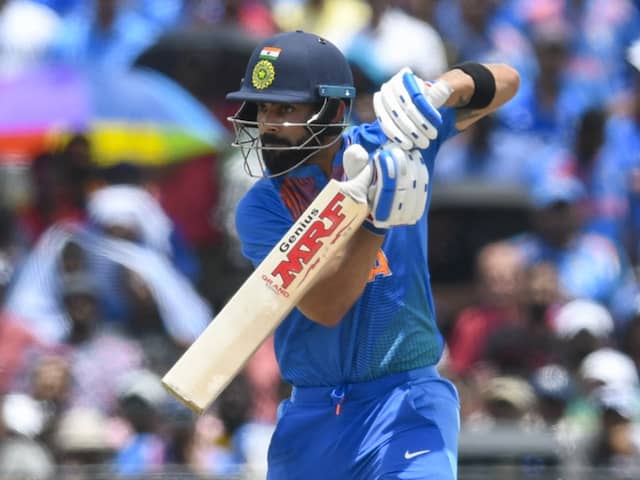 Virat Kohli has scored 1912 runs in 33 ODI innings against the West Indies.© AFP

Miandad played his last ODI against the Windies in 1993 and so Kohli will be breaking a 26-year-old record if he manages to hit 19 runs in the upcoming second ODI in Port of Spain.

In the T20I series that preceded the ODIs, Kohli was India's highest scorer with 106 runs under his belt. He was the second highest run-scorer in the series overall behind Kieron Pollard who scored 115 runs. India won the series 3-0.

For the two Test matches, both the teams will travel to Antigua and Jamaica for the final leg of the tour.

Virat Kohli Javed Miandad Cricket
Get the latest Cricket news, check out the India cricket schedule, Cricket live score . Like us on Facebook or follow us on Twitter for more sports updates. You can also download the NDTV Cricket app for Android or iOS.