India will be back in the 50-over format after the World Cup 2019 disappointment when they take on the West Indies in the first of three ODIs in Guyana. 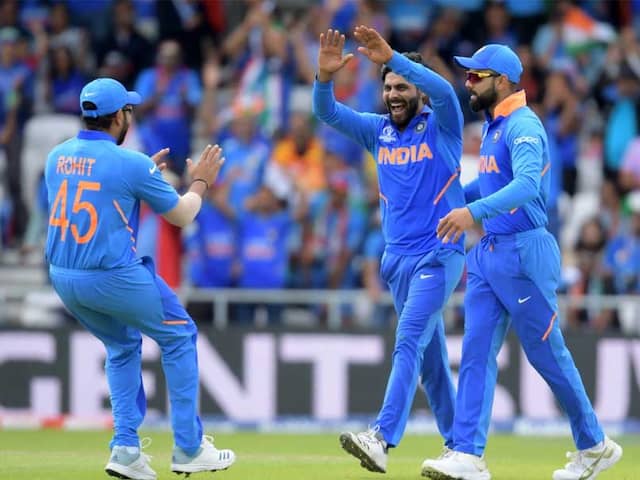 India, after having registered a clean sweep in three-match T20 International series against the West Indies, are back to the One-day International (ODI) business for the first time since the World Cup 2019. The three-match ODI series will begin at the Providence Stadium, Guyana, on Thursday. Virat Kohli, who led India to the semi-finals in his first assignment as skipper in a 50-over World Cup, will look to resolve the batting woes when the team takes up the challenge in the Caribbean island.

Shikhar Dhawan makes a comeback in the format where he has been India's third best player after skipper Kohli and his deputy Rohit Sharma.

With 17 hundreds in 130 ODIs, Dhawan will rightfully take his place at the top of the order alongside Rohit and like the initial matches of the World Cup, KL Rahul is likely to go back to being the number four batsman.

With Kedar Jadhav expected to come in at No 5 or 6 depending on how Rishabh Pant is used as a floater, it will be a toss-up between Manish Pandey and Shreyas Iyer for the remaining middle-order slots.

Both are players with a certain amount of flair but Pandey couldn't exactly seal it in the T20 Internationals and it's about time that the team management would think of giving Iyer a go and see how it pans out.

With Bhuvneshwar Kumar playing three T20 Internationals in a week across two countries, he will probably get to cool his heels with Mohammed Shami leading the attack and Navdeep Saini making his ODI debut.

Rohit will look to continue his golden run with the bat in the 50-over format, having caressed his way to a record five centuries at the showpiece in the United Kingdom.

No less daunting a prospect for the West Indies bowlers will be Rohit's opening partner, Dhawan, whose World Cup campaign was cut short by a finger injury following a fine hundred against Australia.

Kohli, who also enjoyed a great run in the mega event, will not be short on motivation despite the lack of world beaters in the opposition camp. The batting mainstay is also aware that a section of former players raised question mark around his captaincy in the limited overs format.

It pained him that one bad outing, after a dominant run, put paid to his team's hopes in the World Cup. While the stage in the Caribbean islands is no match to the one at the World Cup, Kohli will still be too pleased with a commanding performance by his team. Runs and wickets from the likes of young Rishabh Pant and Krunal Pandya have left the captain impressed, and hopeful of a bright future. Krunal was named Man of the Series for his all-round exploits in the T20s.

Thoroughly outplayed in the shortest format, West Indies will hope the return of the talismanic Gayle bolsters them. Gayle during the World Cup had announced that the home series against India will be his last.

Left-handed opener John Campbell, Roston Chase and all-rounder Keemo Paul have all been recalled to the 14-member squad for the matches which will be contested at the Guyana National Stadium on Thursday, and on August 11 and 14 at the Queen's Park Oval in Trinidad.

Rohit Sharma West Indies vs India 2019 Cricket West Indies vs India, 1st ODI
Get the latest updates on IPL 2020, check out the IPL Schedule for 2020 and Indian Premier League (IPL) Cricket live score . Like us on Facebook or follow us on Twitter for more sports updates. You can also download the NDTV Cricket app for Android or iOS.