Tennis 2020: The year was mostly about coronavirus, though Rafael Nadal did well, while Novak Djokovic would rather forget it. 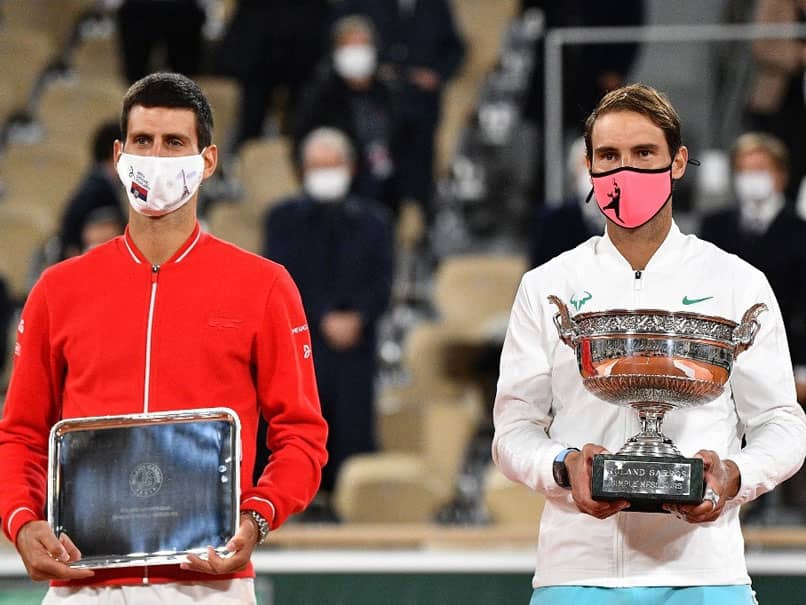 The year 2020 saw the coronavirus pandemic wreak havoc across the world, and tennis was not spared either. The tennis calendar was majorly disrupted and an attempt by Novak Djokovic to get the game back up and going with his Adria tour backfired, with players including the Serb testing positive for the virus and him and the organisers facing severe criticism for being irresponsible. Djokovic's year got worse during the US Open, when he was disqualified after hitting a linesperson with the ball. However, the one thing the COVID-19 pandemic could not do was stop Rafael Nadal from winning the French Open and securing his 20th Grand Slam title, equalling Roger Federer's record for the greatest number of men's singles Grand Slam titles.

The year started on a positive note for Djokovic, who successfully defended his Australian Open title, beating Dominic Thiem in a hard-fought match. Sofia Kenin won the women's singles title in Melbourne after beating Garbine Muguruza.

Soon after, the tennis calendar took a hit as the coronavirus pandemic grew more severe. Wimbledon was cancelled for the first time since World War II along with several other tournaments.

After the ATP suspended all tournaments for six weeks in March, Djokovic had proposed an exhibition tournament in the Balkans in the June-July period.

The tournament drew criticism as it allowed spectators. The problem grew bigger as a slew of people involved in the tournament started to test positive for COVID-19.

Grigor Dimitrov was the first to test positive and was followed by Borna Coric. Victor Troicki and his pregnant wife also tested positive for coronavirus.

Djokovic, who was in the eye of the storm by this time for the poorly organised tournament, also returned a positive test along with his wife Jelena and coach Goran Ivanisevic.

Matters were made worse when pictures and videos of the players partying emerged on social media.

Tennis returns with the US Open

The US Open was the first major tennis tournament to be held after all events were suspended due to the pandemic. The tournament provided its fair share of drama, with World No.1 Djokovic ousted from the competition after hitting a ball in anger, which went on to hit a linesperson.

Dominic Thiem won the men's singles title at the Arthur Ashe Stadium, beating Alexander Zverev in a five-set thriller that lasted nearly five hours. It marked the first time in the US Open's Open era history that a player had recovered from losing the opening two sets to win the title. It was also the first time the final had been settled by a tie-break.

The women's singles title was won by Iga Swiatek.

Federer himself did not participate in the US Open or French Open. He has not made an appearance since the coronavirus-enforced break.

Injury played spoilsport as she chased a record-equalling 24th Grand Slam singles title. Williams was not fully fit when she lost to Azarenka in the US Open semi-finals. She then withdrew from the French Open in the middle of the competition due to her fitness issues.

Despite the controversies, Djokovic continues to lead the ATP rankings. The World No.1 is followed by Nadal and Thiem. Daniil Medvedev, who won the ATP Finals is at fourth, followed by Federer.

Novak Djokovic Serena Williams Dominic Thiem Alexander Zverev Yearender2020sports Tennis
Get the latest updates on IPL 2021, IPL Points Table , IPL Schedule 2021 , live score . Like us on Facebook or follow us on Twitter for more sports updates. You can also download the NDTV Cricket app for Android or iOS.