Goran Ivanisevic is part of Novak Djokovic's coaching team and was the director of the now-abandoned Adria Tour which led to several top players becoming infected with the coronavirus. 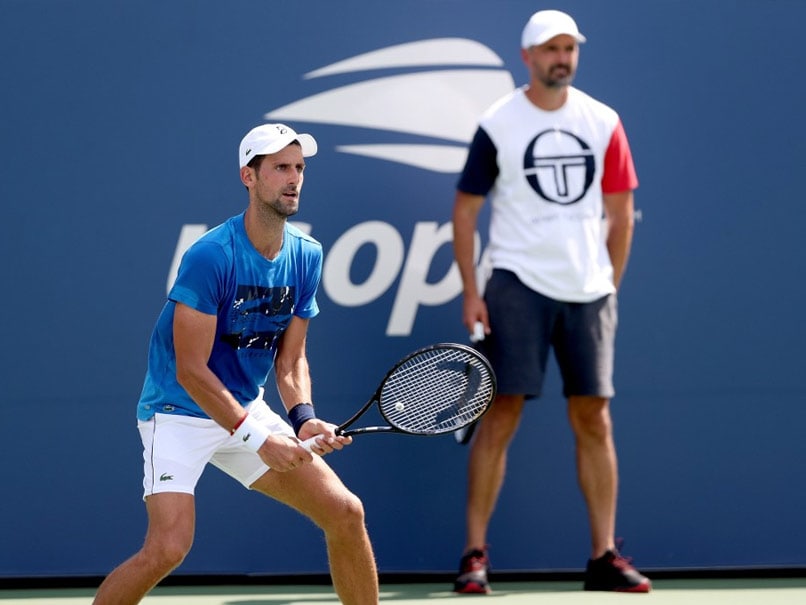 Croatia's former Wimbledon champion Goran Ivanisevic said Friday he has tested positive for coronavirus just days after attending an exhibition tournament organised by world number one Novak Djokovic, whom he coaches. "Unfortunately ... I have just found out that I tested positive to Covid-19," Ivanisevic said on Instagram. "I feel good and I don't have any symptoms," the 48-year-old Croat said and asked everyone who has been in close contact with him to take good care of themselves and their loved ones.

"I will continue to self-isolate," said Ivanisevic, adding that he had tested negative twice in the past 10 days.

Ivanisevic is part of world number one Djokovic's coaching team and was the director of the now-abandoned Adria Tour which led to several top players becoming infected with the coronavirus.

Djokovic, Grigor Dimitrov, Borna Coric and Viktor Troicki all tested positive after taking part in the second leg of the event held in Zadar, on Croatia's Adriatic coast, last Sunday.

Players had embraced across the net, played basketball and even danced in a nightclub the week in the first leg played in Belgrade.

Djokovic was widely criticised for hosting the charity tournament.

On Tuesday he issued an unstinting apology for the now-cancelled Adria Tour, where social distancing was minimal and matches were played in front of thousands of fans.

The 33-year-old Serbian has said he is "so deeply sorry" that the tournament "caused harm".

His wife Jelena has also tested positive after the couple travelled back from Croatia to Belgrade to be tested.

"Everyone is so smart now and many attack Novak, it is rather popular," he told local media this week.

The Croat argued Djokovic "tried to make something big, something with a charitable character after we were all locked up for three months".

Manchester United's Serbian player Nemanja Matic also defended Djokovic, saying in an open letter on Thursday the world number one was the "cat" who will chase away the "mice".

Novak Djokovic Grigor Dimitrov Tennis
Get the latest updates on India vs South Africa and check out  Schedule, Results and Live Score. Like us on Facebook or follow us on Twitter for more sports updates. You can also download the NDTV Cricket app for Android or iOS.