Dominic Thiem took part in the Belgrade leg of the exhibition event organised by Novak Djokovic where social distancing was minimal and matches were played in front of thousands of fans. 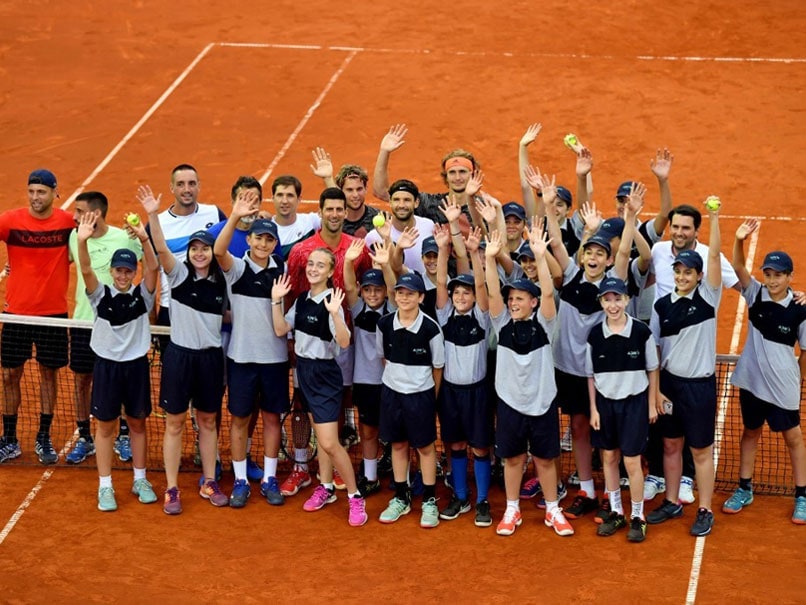 World number three Dominic Thiem has acknowledged tennis players at the ill-fated Adria Tour made "a mistake" after Novak Djokovic and three other participants contracted coronavirus. Thiem took part in the Belgrade leg of the exhibition event organised by Djokovic where social distancing was minimal and matches were played in front of thousands of fans. World number one Djokovic, Grigor Dimitrov, Borna Coric and Viktor Troicki all tested positive for COVID-19 after an event where players embraced across the net, played basketball and went to a nightclub.

Thiem, who left for an exhibition tournament in his native France after Belgrade, says he has tested negative five times since leaving the Balkans.

"I was shocked when I got the news from the Adria Tour," he wrote on social media in his first public reaction since the tournament was cancelled on Sunday.

"We played without any audience for weeks, so we have been more than happy about the fans at the event.

"We trusted the Serbian government's coronavirus rules, but we have been too optimistic."

He continued: "Our behaviour was a mistake, we acted too euphorically. I am extremely sorry."

"I've been tested five times in the past 10 days and each time and the result was always negative," he revealed.

Djokovic, 33, has come in for heavy criticism over the debacle, saying on Tuesday that he was "so deeply sorry" that the tournament "caused harm". His wife Jelena has also tested positive.

The affair has raised concern over the planned restart of professional tennis in August, including the US Open which is scheduled to begin on August 31.

Novak Djokovic Grigor Dimitrov Alexander Zverev Tennis
Get the latest updates on SA vs IND 2021-22, check out the Schedule and Live Score . Like us on Facebook or follow us on Twitter for more sports updates. You can also download the NDTV Cricket app for Android or iOS.