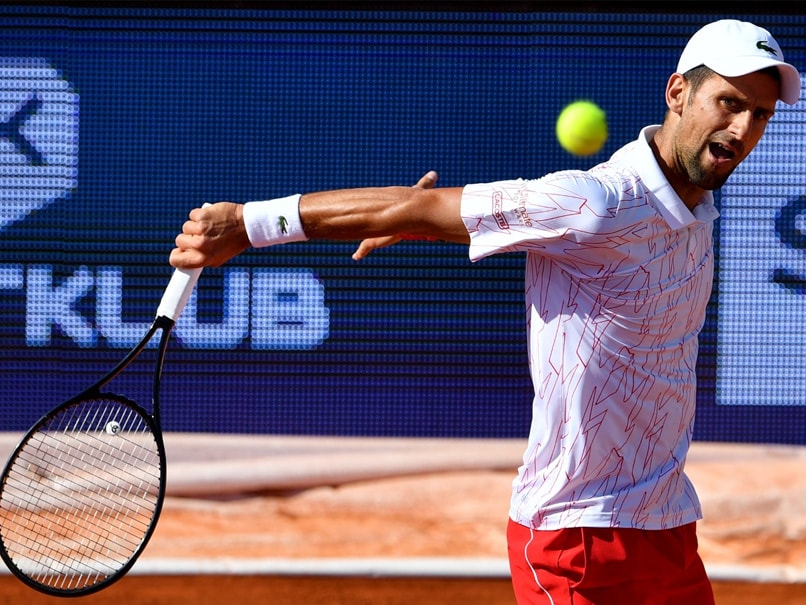 Novak Djokovic and his wife Jelena have tested positive for the virus.© AFP

Novak Djokovic on Tuesday said he was "deeply sorry" after becoming the fourth tennis player to test positive for coronavirus following the exhibition tournament he hosted in the Balkans, admitting he and organisers "were wrong" to go ahead with the event. World number one Djokovic joined Grigor Dimitrov, Borna Coric and Viktor Troicki in contracting COVID-19 following the Adria Tour event which saw minimal social distancing. "I am so deeply sorry our tournament has caused harm," the 33-year-old, who was not showing any symptoms, wrote on Twitter. "Everything the organisers and I did the past month, we did with a pure heart and sincere intentions.

"We believed the tournament met all health protocols and the health of our region seemed in good condition to finally unite people for philanthropic reasons.

"We were wrong and it was too soon."

Djokovic, whose wife Jelena also tested positive for the virus and whose children returned negative results, urged everyone who attended matches to get tested.

The Adria Tour's first stop had been played out to a daily crowd of 4,000 fans at Djokovic's tennis centre on the banks of the Danube in Belgrade last week, while a similar crowd attended the Zadar event.

"If you attended Adria Tour or were around any attendees please get tested and practice social distancing," the Serbian star added.

"For those in Belgrade and Zadar, we will be sharing health resources in the immediate future.

"The rest of the tournament has been cancelled and we will remain focused on all those who have been affected. I pray for everyone's full recovery."

Players were filmed dancing bare-top in a nightclub and embracing each other over the net during the Adria Tour.

Other players who took part, including Alexander Zverev and Dominic Thiem, tested negative for coronavirus.