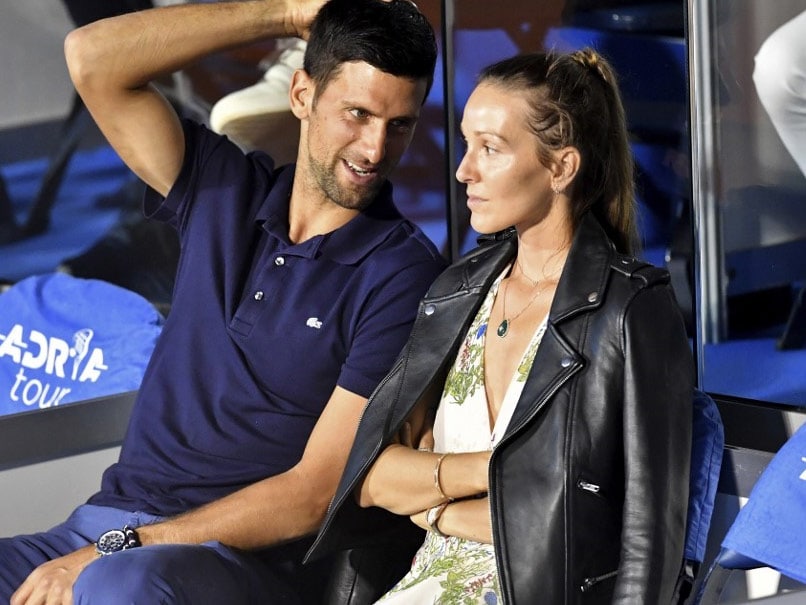 Novak Djokovic has been called "irresponsible and ignorant" for hosting an exhibition tournament.© AFP

Tennis star Novak Djokovic has come under criticism after two players tested positive for coronavirus while playing in an exhibition tennis tournament in Croatia involving the world number, where his brother Djordje, was the tournament director. Croatia's Borna Coric announced on Monday that he had tested positive for coronavirus, a day after Grigor Dimitrov also announced that he had tested positive. The tournament's final, which was to be played on Sunday was cancelled as a precaution after Dimitrov tested positive. Tennis fans took to social media to slam Novak Djokovic for being "ignorant and irresponsible" by hosting the tournament at a time when the world is battling with the COVID-19 pandemic.

Responding to Coric's tweet announcing that he tested positive, fans let their ire for Djokovic be known.

"@DjokerNole should be ashamed of himself. He is ignorant and irresponsible!" wrote one user.

"What part of GLOBAL pandemic do these ppl not understand? As long as there's still ONE case , no one is safe. And we are far beyond apologies. You may be asymptomatic but how many people did you in turn infect?" commented another user, tagging Djokovic.

"Shame on you @DjokerNole for being so irresponsible. You should have been careful," wrote another.

"It's too bad. This now taints any effort to start the tour back," wrote another user.

The ATP tour is set to resume on August 14, with the US Open scheduled to begin on August 31.

@DjokerNole should be ashamed of himself. He is ignorant and irresponsible!

It wasn't just fans who criticised Djokovic for hosting the tournament.

Australian star Nick Kyrgios responded to Coric's tweet by describing the staging of the tournament as "boneheaded".

Boneheaded decision to go ahead with the 'exhibition' speedy recovery fellas, but that's what happens when you disregard all protocols. This IS NOT A JOKE. https://t.co/SUdxfijkbK

Responding to Dimitrov's positive test on Sunday, Djokovic's brother Djordje, the tournament director, told Sportske Novosti: "Novak? He took this news very hard. We undertook all the measures prescribed by the governments of Serbia and Croatia."

Novak Djokovic Borna Coric Grigor Dimitrov Tennis
Get the latest updates on T20 World Cup, check out the T20 World Cup Schedule and Live Score . Like us on Facebook or follow us on Twitter for more sports updates. You can also download the NDTV Cricket app for Android or iOS.