The French Open will be played from September 27 to October 11. 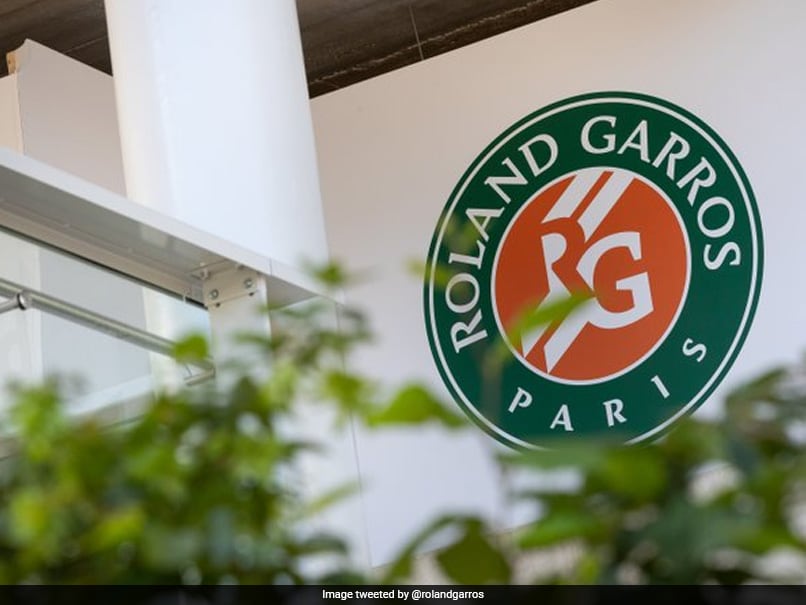 The French Open was postponed from its original dates due to the coronavirus pandemic.© Twitter

Roland Garros chiefs said Wednesday that the delayed French Open will get underway on September 27 as the ruling bodies of world tennis revealed a new-look calendar for a sport placed on ice since mid-March due to the coronavirus. The French Open was switched from its traditional May-June slot because of the pandemic with September 20 pencilled in as a start date. Now, the Paris main draw of the season's final Grand Slam event will begin a week later and finish on October 11.

With the US Open already confirmed to start on August 31, the ATP and WTA tours announced their restart dates.

The ATP Tour will resume in Washington from August 14 while the WTA starts in Palermo, Italy, on August 3.

Unlike the US Open in New York, Roland Garros will maintain its qualifying event in the week before the main draw.

"In the current, difficult climate, we are well aware that it is a privilege to be able to hold Roland Garros in its usual format," said Bernard Giudicelli, the president of the French Tennis Federation (FFT).

"Especially since the qualifying tournament will help to financially support a category of professional players who have been severely affected by this unprecedented crisis.

"The responsible decision we made on March 17 to postpone the Roland Garros tournament until the autumn means that the 2020 clay season can be saved, providing the current situation continues to improve."

After Washington, the ATP Tour will skip the now cancelled Rogers Cup in Toronto, and head for New York for the relocated Cincinnati Masters and then the US Open.

Once the US Open is over, the tour heads to Europe for clay courts events at the Madrid Open and Italian Masters in the run-up to the French Open.

"The calendar is subject to change and continued assessments will be made relating to health and safety, international travel policies, and governmental approval of sporting events," said an ATP spokesman.

"All events will be held under strict guidelines related to health and safety, social distancing, reduced or no fans on-site."

The ATP said a further update on a possible Asia swing ahead of European indoor events, culminating with the season-ending ATP Finals in London, is expected in mid-July.

"Our objective has been to reschedule as many tournaments as possible and salvage as much of the season as we can," said ATP chief Andrea Gaudenzi.

Unlike the ATP, the WTA set out plans to visit Asia after the conclusion of Roland Garros with the China Open in Beijing set for October 12, leading towards the WTA Finals at Shenzhen from November 9-15.

WTA tournaments, however, will not have fans on site.

"For now, the vital energy of spectators in stadiums will be greatly missed, but our broadcast and social media partners are exploring new ways to engage with our fantastic fans," said WTA chief executive Steve Simon.