Why Serena Williams Is #The G.O.A.T

Serena Williams may have lost the opportunity for a Calendar Slam but she has brought her fans unbridled joy and given reasons to experience every emotion the sport can offer. 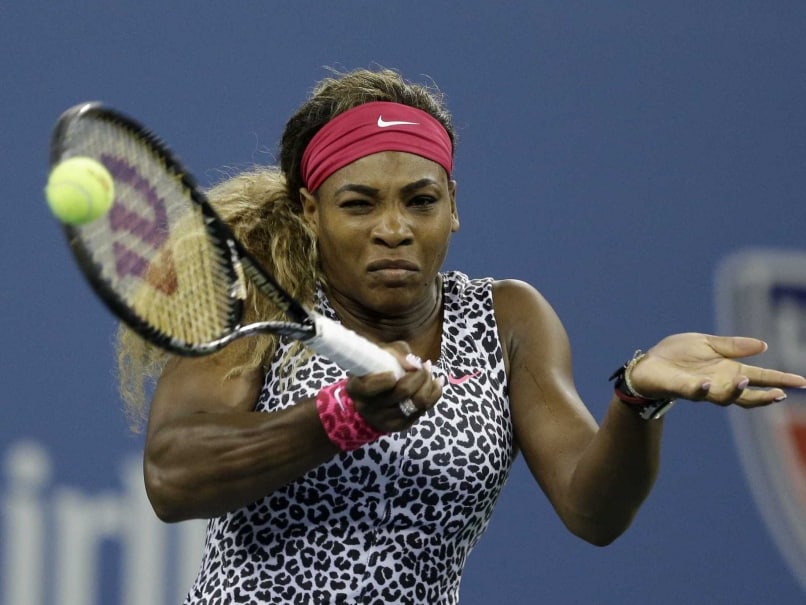 Serena Williams' quest for a calender slam was thwarted by Roberta Vinci in the semi-finals of the 2015 US Open.© AP
New Delhi:

I must confess that I do not follow tennis players week after week when they zig zag across continents all through the year. While the journalist in me does not care much about the statistical delights, the woman in me asks GOOGLE for every Serena Williams alert. (Serena Williams Loses, Blame Game Starts)

I have no qualms saying that I think she is the greatest of the modern era. Sorry Roger Federer, Sorry John McEnroe, Sorry Boris Becker. You are undeniably greats. You have a bevy of your own fans, but not me. (Roberta Vinci Beats Serena Williams)

Serena may have missed out on a Calendar Slam this time but remember the years 2002 and 2003? In 2002 she won three titles (French Open, Wimbledon and US Open). In the following year, she won the Australian Open too. (Serena Williams Was Under Enormous Pressure: Coach)

Winning a Calendar Slam is somewhat like a hat-trick in cricket. But a Grand Slam is a very big deal because it is achieving close to what we as humans crave: perfection.

Having tried my hand in the sport as a junior, I understand how the mind and the body have to adjust to play each of these four tournaments differently.

Of these, the most difficult to win is French Open. The clay court is slow and the advantage of serves and returns is nullified in great measure. One must be super fit and unyielding to survive the longer rallies.

Some of the greats we have loved watching, have done poorly at French Open. Pete Sampras never won at Roland Garros, neither did Boris Becker or the the Great John McEnroe. Federer has won only once, that too in a year Rafael Nadal was knocked out by someone else.

Serena has won the French Open three times. On Wimbledon's grass she has won six times and on the hard courts in Australia and U.S she has won twelve more times.

Tennis pundits would say that she has got better, fitter and wiser as her thirties has progressed.

Federer fans would disagree if I say that Serena is the G.O.A.T. But I do not find his elegance orgasmic.

I like underdogs. And for that very reason, Serena Williams and Venus Williams will continue to have my unflinching support.

Which is why, to find a balm for my broken heart, I searched the Tennis archives for an equivalent Grand Slam disappointment. And this is what I got.

Martina Navratilova, who won the first three legs of the Slam in 1984 and then traveled to the Australian Open, which was the last of the four in that era, was beaten in the semifinals by Helena Sukova.

Sukova was only 19 but, unlike Vinci, was seeded (No. 9). Her victory was quite something in light of Navratilova's dominance who had won a record 74 singles matches in a row and ruled the grass surface, then in use in Australia.

The difference and it's a big one- the media environment: isolated Melbourne in 1984 and a fully wired New York in 2015.

In a tribute to Serene, Sheryl Sandberg, the Chief Operating Officer at Facebook wrote: Serena's greatness transcends tennis. She's an incredible role model for women as the embodiment of perseverance and power. Her greatness lies not in the strength of her serve, but in the strength of her character. This year she has lent me strength when I needed it. There is a special place for women who help other women. She is not just the greatest tennis player of all time. She is the greatest friend. ?#?LeanIn??#?GOAT?

And I couldn't agree more with Ms Sandberg. When Serena Williams was 11 years old, she was asked which tennis player she wanted to be like. "I'd like other people to be like me," she replied. Even then, she had the confidence to know she was one of a kind.

Perhaps more now than ever before, she needs to know that even if she stops at an incredible 21, she will remain the greatest American athlete of our generation.

Comments
Topics mentioned in this article
Serena Williams Roger Federer Tennis
Get the latest updates on ICC T20 Worldcup 2022 and CWG 2022 check out the Schedule, Live Score and Medals Tally. Like us on Facebook or follow us on Twitter for more sports updates. You can also download the NDTV Cricket app for Android or iOS.