Viral Video: The "Beer Chug Girl" Returns At US Open

Megan Lucky became an internet sensation in 2021 after she drank a glass of beer in one go at 2021 US Open. 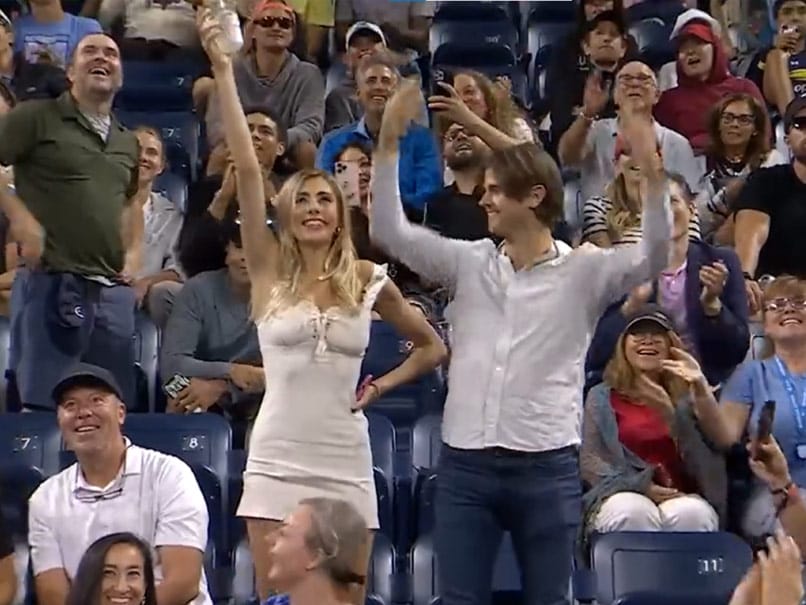 Remember Megan Lucky, the beer-chugging sensation who became viral on social media after she chugged beer at US Open last year? Well, she has returned. The American woman once again gulped down a glass of beer and delighted the crowd around her at the 2022 US Open. What's more, you ask? She also received a standing ovation on Friday night and became a viral sensation yet again.

Ms Lucky gulped the beer glass when the camera focussed on her in a video posted by the US Open on Sunday morning. "It seems this is becoming tradition at this point," US Open Tennis' Twitter account wrote along with the video of Megan Lucky's chug. The video is a compilation of her effort in 2022 and 2021.

Check out the video posted by US Open:

It seems this is becoming tradition at this point 🍻 pic.twitter.com/vTO1hUJVNS

The "beer chug" girl also shared pictures from her outing. One of her Instagram posts said, "Some b*tch named Serena stole my thunder @usopen release the tapes!!" The US Open soon after released the video.

Impressed by her beer chugging abilities, social media users dropped several emojis and comments on the post. A user wrote, "She needs to get free tickets for at least five years." Another user wrote, "She'll be a good Beer commercial model!" "Give her a medal!" expressed another.

Ms Lucky became an internet sensation in 2021 after she drank a glass of beer in one go at 2021 US Open. Lucky has 35,800 followers on her Instagram handle.

Comments
Topics mentioned in this article
US Open 2022 Tennis
Get the latest updates on Fifa Worldcup 2022 and check out  Fifa World Cup Schedule, Stats and Live Cricket Score. Like us on Facebook or follow us on Twitter for more sports updates. You can also download the NDTV Cricket app for Android or iOS.