US Open: Second seed Sofia Kenin, who had not lost a game in her first three rounds, never got her service game together against Elise Mertens. 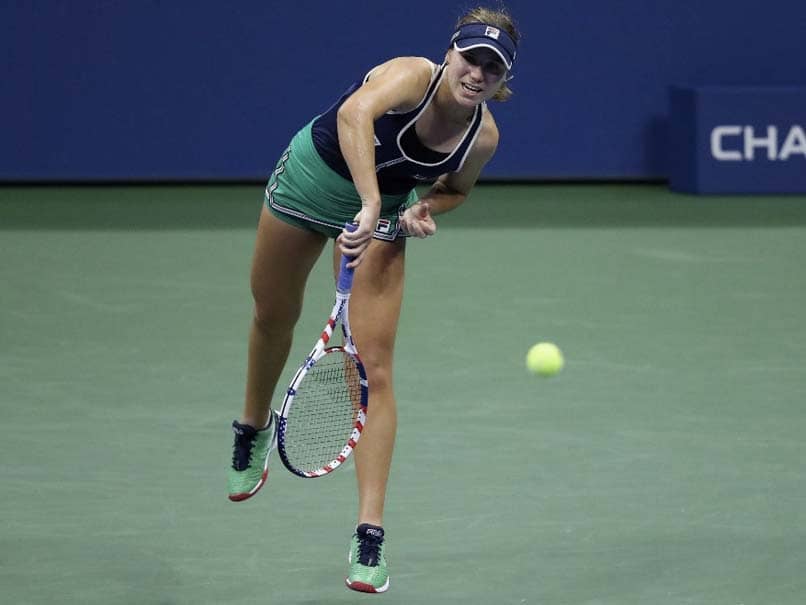 Sofia Kenin was sent crashing out of the US Open, beaten in straight sets by Elise Mertens.© AFP

Second seed Sofia Kenin of the United States was sent crashing out of the US Open on Monday, beaten in straight sets by Elise Mertens of Belgium. Kenin, the highest seeded player left in the tournament and winner of the 2020 Australian Open, was bundled out of the last 16 6-3, 6-3, in 1hr 14 mins by Mertens. Mertens, the 16th seed, will now play Victoria Azarenka of Belarus in the quarter-finals. Kenin, who had not lost a game in her first three rounds, never got her service game together against Mertens.

The 21-year-old Moscow-born player won only 56 per cent of first serve points compared to 75 per cent for Mertens.

Mertens, ranked 18th in the world, smashed eight aces, while Kenin failed to muster any.

Serena Williams had to summon up every last ounce of strength to depose 15th seed Maria Sakkari in three hard-fought sets.

"She's such a good competitor. It was a really intense match," said Williams, who had been dumped out of a US Open tuneup tournament by the same opponent last month.

"I felt like she almost played better today. I was a little fatigued last time and had some cramps. Just felt like I was able to compete longer," Williams added.

There was little separating the players throughout the energy-sapping contest, with Williams notching 107 total points to Sakkari's 99.

Williams won 72 percent of points off her first serve while Sakkari won 73 percent. Sakkari also outdid Williams on aces, by 13 to 12.

Williams rallied from two games down in the deciding set, pumping herself up with loud screams that echoed around the spectator-free arena as she broke Sakkari twice to clinch the last-eight spot.

The American will play Tsvetana Pironkova for a place in the semi-finals after the Bulgarian ousted France's Alize Cornet in another draining three-setter.

Comments
Topics mentioned in this article
Sofia Kenin Serena Williams Victoria Azarenka Tennis
Get the latest updates on IPL 2020, check out the IPL Schedule for 2020 and Indian Premier League (IPL) Cricket live score . Like us on Facebook or follow us on Twitter for more sports updates. You can also download the NDTV Cricket app for Android or iOS.