Victoria Azarenka lost to Japan's Naomi Osaka in three sets at US Open in her first appearance in the final of a tennis major in seven years. 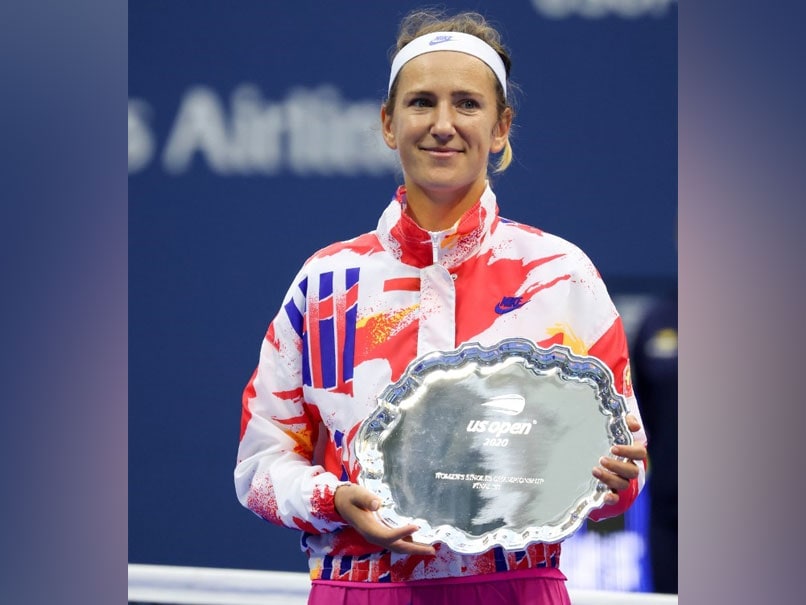 A rejuvenated Victoria Azarenka says she is going to keep pushing for Grand Slam titles.© AFP

A rejuvenated Victoria Azarenka says she is going to keep pushing for Grand Slam titles after finishing runner-up at the US Open, fueled by a more relaxed outlook on life. The two-time Slam winner lost to Japan's Naomi Osaka in three sets at Flushing Meadows on Saturday in her first appearance in the final of a tennis major in seven years. Many commentators thought the former world number, now 31, was done at Grand Slams after her career was first disrupted by injury and then by a custody battle of her son, who was born in December 2016.

But the unseeded Belarusian enjoyed a fairytale run to the final at the US National Tennis Center, which included a three sets defeat of former foe Serena Williams in the semi-finals.

"I had a great two weeks. I enjoyed myself. I did everything I could today," said Azarenka, winner of the Australian Open in 2012 and 2013.

"I'm not necessarily disappointed. It's just painful to lose. That is what it is. I was close. But it didn't go my way," she added.

Azarenka raced to 1-0 lead after thumping Osaka 6-1 in just 26 minutes.

A combination of impressive serving and formidable returns was reminiscent of the form that delivered two Grand Slam titles at her peak.

It was Azarenka's first appearance in a Grand Slam championship match since she lost to Serena Williams in the 2013 US Open final.

She also suffered a heartbreaking defeat to Williams in 2012 at Flushing Meadows, when she served for the match at 5-3 in the third set only to lose 7-5.

Azarenka says she is benefitting from a new outlook on life, in contrast to her younger years when winning tennis matches was all that mattered.

"I feel that I enjoyed more the way I am on the court," said Azarenka, comparing Saturday's match with her previous Slam final appearances.

"Not necessarily focused on the result, but focusing on your progress, being in the moment, embracing the tough moments, tough challenges," she said.

Azarenka, who was seen meditating during breaks at the US Open, says she is less intense than she used to be, blaming her previous state of mind on "tunnel vision."

"When you're young, you got some not great people around you, they just put in, like, this tunnel vision. Don't look right, don't look left," Azarenka explained.

"You're kind of missing the point of living. You're becoming this focused machine as a tennis player.

"I will take that any day over just the tennis results. I think that's much bigger achievement for me on a personal level," she added.

She said was "proud" with how she had tested herself mentally and physically in New York and would keep chasing her third Slam title, starting with the French Open later this month.

"I thought third time is a charm, but I got to try again. That's what I'm going to do," she said, smiling.

Azarenka will now take the momentum she has generated over the past few weeks into the rescheduled European clay court swing.

She has a wildcard to play in Rome, where she plays Venus Williams in her opening game, before the French Open.

Comments
Topics mentioned in this article
Naomi Osaka Victoria Azarenka Serena Williams Tennis
Get the latest updates on IND vs NZ 2021, check out the Schedule and Live Score . Like us on Facebook or follow us on Twitter for more sports updates. You can also download the NDTV Cricket app for Android or iOS.