World No. 1 Novak Djokovic is set to continue his quest for the calendar-year Grand Slam at the US Open despite a deadly storm in New York. 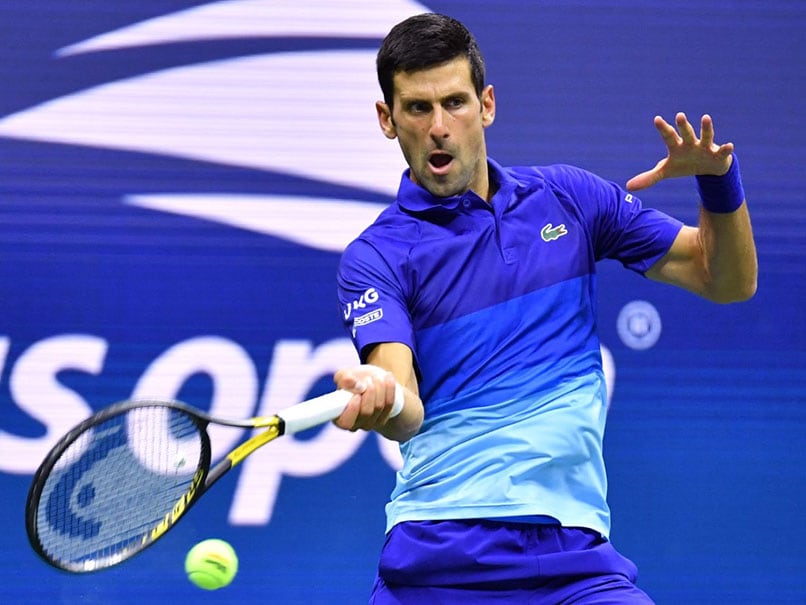 Novak Djokovic is set to face Dutchman Tallon Griekspoor in the US Open 2nd round.© AFP

World number one Novak Djokovic was still set to continue his quest for the calendar-year Grand Slam at the US Open on Thursday despite a deadly storm that left New York in tatters. Remnants of Hurricane Ida killed at least eight people and triggered spectacular flash flooding and a rare state of emergency in New York City, flooding subways and turning roads into rivers. Wind-blown rain blew under and through the closed roof at Louis Armstrong Stadium, forcing a match to be finished at Arthur Ashe Stadium, but the swamped venue was clean and had players practicing Thursday morning.

"We appreciate your patience as we evaluate the readiness of our site," a US Tennis Association statement said.

"The safety of our fans, players and staff is of the utmost importance."

Early arriving fans watched players practice on outside courts as the US Open readied for an afternoon start, with Australia's top-ranked Ashleigh Barty opening on Ashe against Denmark's Clara Tauson.

Djokovic was set for the night feature against Dutchman Tallon Griekspoor as he chases the finish to a 2021 sweep of the Grand Slam titles, what would be the first men's singles calendar Slam since Rod Laver in 1969.

The 34-year-old Serbian is also six wins away from his 21st career Grand Slam crown, which would give him the men's all-time record, one more than the mark he now shares with Roger Federer and Rafael Nadal, both absent with injuries.

Dozens of abandoned cars were strewn across roads leading to the National Tennis Center on Thursday, with closed highways and massive traffic jams throughout the region.

Above the US Open grounds, there were sunny blue cloudless skies. Outdoor furniture scattered by high winds had been restored or replaced. High water that flooded plazas had drained away.

More uncertain was how many ticketholders would brave emergency conditions and calls to stay home to attend matches on the fourth day of the year's final Grand Slam event, even with Djokovic chasing history.

Barty seeks her third career Grand Slam title and second in a row after winning Wimbledon in July.