US Open: World No.1 Ashleigh Barty Knocked Out By Shelby Rogers In 3rd Round 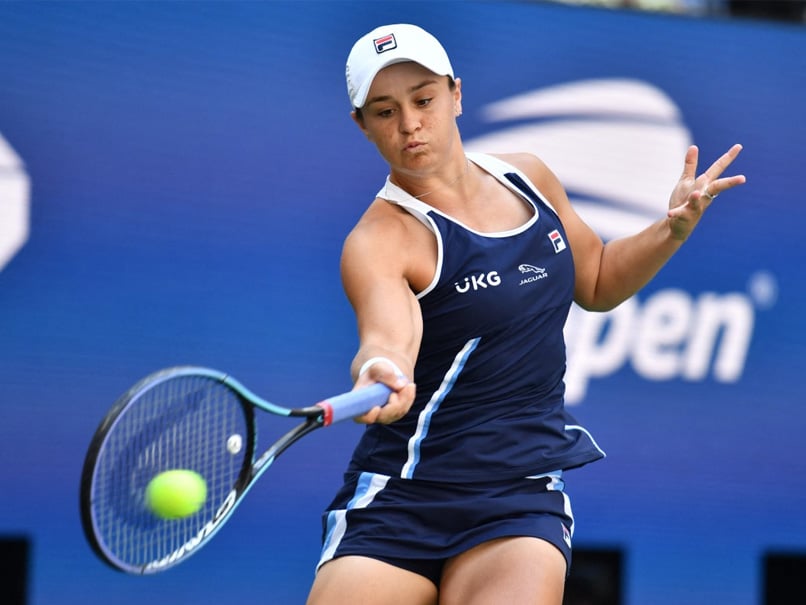 US Open: Ashleigh Barty bowed out in the women's singles third round.© AFP

Top-ranked Ashleigh Barty crashed out of the US Open in the third round on Saturday, disappointed but ready to put defeat behind her and start planning for what comes next. The reigning Wimbledon champion won 11 of 14 games after dropping the first set, was then broken twice while serving for the match and eventually dropped a shocker to American Shelby Rogers 6-2, 1-6, 7-6 (7/5). "It's never nice when you have a couple opportunities to serve out a match and can't get it done," Barty said. "Six in the third is brutal, It's a tough one to swallow."

"I found a way to really turn it in my favor and just wasn't able to just quite finish off. It's disappointing but we'll move on," she said.

The 25-year-old Australian fell one round shy of matching her deepest US Open run. It's the only Slam where she hasn't reached the semi-finals.

"I feel like the Slams you're kind of building up to it and afterwards there's a reset," Barty said. "We reset now. We go back to the drawing board, work out what we want to do for the rest of the season."

Barty won titles this year at Miami, Melbourne, Stuttgart and Cincinnati as well as her second Grand Slam crown despite being away from her homeland since February.

"The last six months have been a roller coaster," Barty said. "I'm proud of myself and my team for all the efforts we've put in. It has been pretty incredible. I don't think we could have asked for much more honestly. I wouldn't change a thing.

"With all of the tough moments we've had, it has created some of the most enjoyable experiences. I've learned so much about myself, about them, the way that we work together. It's been truly an incredible six months."

One of her great experiences was playing her first night match in Arthur Ashe Stadium, even in a loss.

"It was an awesome experience to play on Ashe at night. It's an incredible atmosphere," she said. "Absolutely incredible. They gave me energy. It seemed pretty chockers to me, seemed pretty full. It was a lot of fun out there."

Barty said she took some positives from the match but won't linger on the loss.

"There's a lot that's disappointing, but a lot that's positive," she said. "Not a match I'll dwell on for too long in the sense that there are so many 'what ifs.' Millimeters could have changed things.

"You accept that in tennis. That's the way the cookie crumbles sometimes and you move on it from it pretty quick.

"I just didn't quite have enough physically or mentally in the tank. But that's OK... I sleep well tonight knowing I gave everything I could. It just wasn't quite enough.

Comments
Topics mentioned in this article
Ashleigh Barty Shelby Rogers Tennis
Get the latest updates on ICC Women's Cricket World Cup 2022 and IPL 2022, check out the Schedule , Live Score and IPL Points Table. Like us on Facebook or follow us on Twitter for more sports updates. You can also download the NDTV Cricket app for Android or iOS.