In the days following her loss to Naomi Osaka in the 2018 U.S. Open final, Serena Williams had trouble falling asleep at her Florida home. 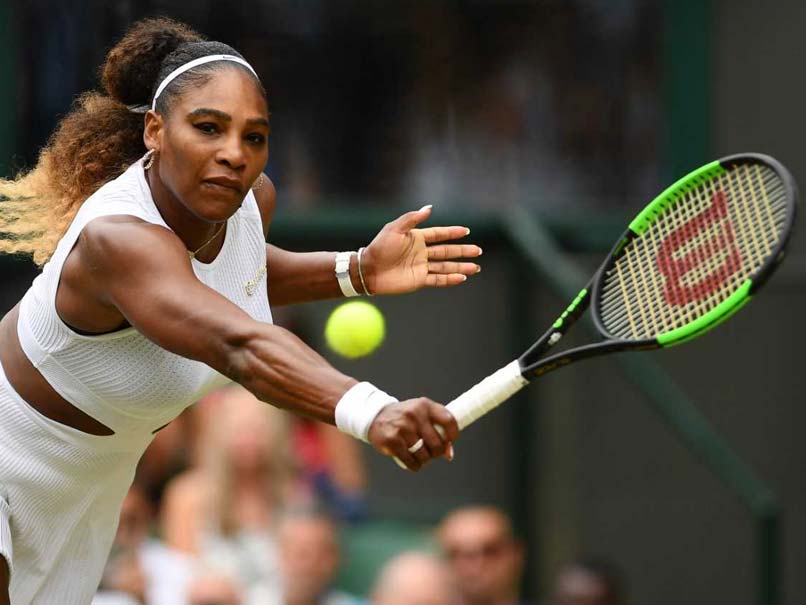 Serena Williams suffered loss to Naomi Osaka in the 2018 US Open final.© AFP

In the days following her loss to Naomi Osaka in the 2018 U.S. Open final, Serena Williams had trouble falling asleep at her Florida home. That match had ended in controversy after umpire Carlos Ramos penalized Williams three times in a series of decisions Williams and many observers saw as unfair and sexist. Williams felt "defeated and disrespected by a sport that I love," and couldn't find peace, as both the penalties and her outraged reaction caused national headlines.

In response, she started seeing a therapist, Williams revealed Tuesday in an essay published by Harper's Bazaar magazine. That therapy helped her move on from the episode, as did an exchange she eventually had with Osaka.

"Why can't I express my frustrations like everyone else?" Williams continued. "If I were a man, would I be in this situation? What makes me so different? Is it because I'm a woman? I stop myself to avoid getting worked up. I tell myself, 'You've been through so much, you've endured so much, time will allow me to heal, and soon this will be just another memory that made me the strong woman, athlete, and mother I am today.'"

During that time, Williams decided to do something else: She wrote to Osaka. Williams told the Japanese player she was a fan and that she was "truly sorry," after the penalties and her on-court reaction had drawn so much of the attention after their match, overshadowing Osaka's win.

Osaka answered the message, and Williams writes that "when Naomi's response came through, tears rolled down my face."

Here is the full exchange between Williams and Osaka, according to the essay:

Williams: "Hey, Naomi! It's Serena Williams. As I said on the court, I am so proud of you and I am truly sorry. I thought I was doing the right thing in sticking up for myself. But I had no idea the media would pit us against each other. I would love the chance to live that moment over again. I am, was, and will always be happy for you and supportive of you. I would never, ever want the light to shine away from another female, specifically another black female athlete. I can't wait for your future, and believe me I will always be watching as a big fan! I wish you only success today and in the future. Once again, I am so proud of you. All my love and your fan, Serena."

Osaka: "People can misunderstand anger for strength because they can't differentiate between the two. No one has stood up for themselves the way you have and you need to continue trailblazing."

Through the exchange, Williams writes, she realized why she had struggled to "get over" the U.S. Open. It wasn't because of the criticism or the backlash. It was because she felt guilty about speaking out on the court over what she felt was injustice, thinking "I should have kept my mouth closed" and that Osaka "deserved so much more."

"But now, seeing her text putting everything in perspective, I realized she was right," Williams writes. "This incident - though excruciating for us to endure - exemplified how thousands of women in every area of the workforce are treated every day. We are not allowed to have emotions, we are not allowed to be passionate. We are told to sit down and be quiet, which frankly is just not something I'm okay with. It's shameful that our society penalizes women just for being themselves."

Williams during the match was warned for receiving coaching, penalized a point for destroying her racket and docked a game in the second set for what Ramos deemed verbal abuse. Williams was fined $17,000 after the match for three code violations. The president of the National Organization for Women called the in-match penalties "an abhorrent display of male dominance and discrimination," while tennis pioneer Billie Jean King hailed Williams for "calling out this double standard."

Williams also says in the essay that she took off "a long while" after the controversial match before picking up a racket. And she recalls in the piece previous challenges: being booed by fans, being called names, and being shamed because of her body shape, as well as being paid unequally because of her sex.

"In short, it's never been easy," Williams writes. "But then I think of the next girl who is going to come along who looks like me, and I hope, 'Maybe, just maybe, my voice will help her.'"

Williams, 37, reached the Wimbledon semifinals on Tuesday. A win in Saturday's final would tie her with Margaret Court for the most major singles titles of all time (24).

(This story has not been edited by NDTV staff and is auto-generated from a syndicated feed.)
Comments
Topics mentioned in this article
Serena Williams Tennis
Get the latest updates on ICC T20 Worldcup 2022, check out the Schedule and Live Score. Like us on Facebook or follow us on Twitter for more sports updates. You can also download the NDTV Cricket app for Android or iOS.