Sania Mirza and Shoaib Malik had a baby son in October. 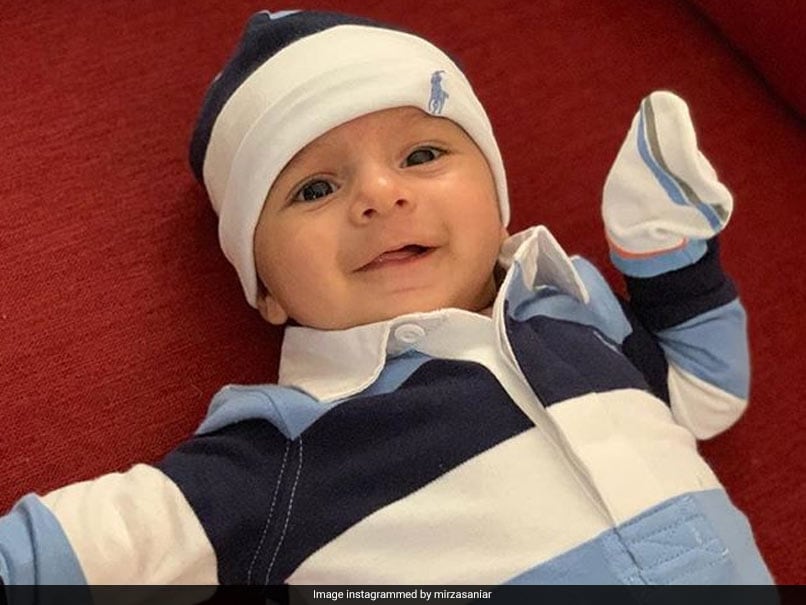 Ace tennis-star Sania Mirza has shared the first clear picture of her son Izhaanon Instagram. The almost two-months-old infant's smile is captured as he looks at the camera. Captioning the picture Sania writes, “Living life in the fast lane can be fun !!! It's time to say hello to the world #Allhamdulillah”. Prior to this Instagram post, Sania shared pictures of her family including the munchkin on her 32nd birthday on November 15. She also tweeted a picture of hers cuddling baby Izhaan in her arms, where she captioned “Never thought I'd find leaving home so difficult .. After a hard day at work and away from Izhaan .. this is all I want to come back to #Allhamdulillah”.

Living life in the fast lane can be fun !!! It's time to say hello to the world #Allhamdulillah

Sania Mirza gave birth to Izhaan in Hyderabad on October 30. She is married to Pakistani cricketer Shoaib Malik. They tied the knot on April 12 2010. They named the baby boy ‘Izhaan' which in Urdu means God's gift.

Sania sustained an injury in her right knee in October 2017 and has been on rehabilitation since then. Owing to this, she missed the year's first Grand Slam i.e. the Australian Open. After undergoing surgery, she extended her break from action confirming news of her pregnancy. She also confirmed that Izhaan's surname would be Mirza Malik and his nationality would be neither Pakistani nor Indian.

Sania has confirmed her comeback to the tennis court during the autumn of 2019 on the sidelines of Tokyo Olympics-2020.

There have been famous comebacks of sorts in tennis. Former world number 1 Kim Clijsters came out of retirement in 2008, a year after having a baby daughter. American superstar and 23-time Grand Slam titles winner Serena Williams won the 2017 Australian Open when she was few weeks into pregnancy.

Sponsored by Vuukle
Comments
Topics mentioned in this article
Sania Mirza Kim Clijsters Serena Williams Shoaib Malik Tennis
Get the latest updates on IPL Auction 2023 and check out  IPL 2023 and Live Cricket Score. Like us on Facebook or follow us on Twitter for more sports updates. You can also download the NDTV Cricket app for Android or iOS.